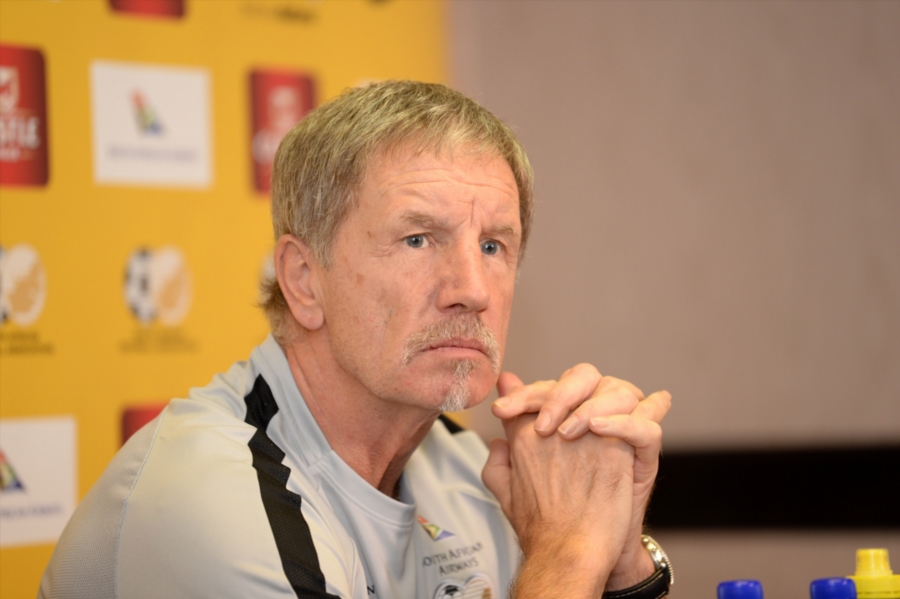 Stuart Baxter is adamant that the charges of Bafana Bafana are still on track to reach the Afcon in Cameroon despite their lucky escape against Nigeria at FNB Stadium on Saturday.

Bafana emerged with a 1-1 draw in the penultimate qualifier in a race that the Super Eagles could easily win 3-1. Gambian referee Bakary Papa Gassama did not exclude two goals from visitors who seemed to be legal.

The Nigerians seemed to be bothered by the forbidden goals, as the point they won in front of over 20,000 in Johannesburg secured their ticket to Cameroon.

While Bafana is now facing a tough meeting against Libya in March of next year, Bafana said he was looking forward to a match he could fix and possibly decide his fate as a Bafana coach.

Bafana must avoid defeat in the last match as it has a two point advantage over the Libyans who defeated the Seychelles 8-1 on Saturday to remain in third place in group E with seven points.

If Bafana won the Moses Mabhida Stadium against Libya (0-0) in September, their qualification could have been confirmed so far.

Bafana also scored a similar opportunity when he played a 0-0 draw in the Seychelles minnows last month, but Baxter still believes he has the skills in their hands.

"I told the players after the fight (against Nigeria) in the outfit that on one hand I am very proud and on another I am very disappointed," said Baxter after the Saturday result won Bafana their third draw in five qualifiers.

"I was proud to be here without any defeat and we took four points from our two meetings with Nigeria and (still) we had seven missing players.

"I'm disappointed, disappointed, but at the same time I'm proud of the boys, and I thought that Percy Tau on my left was the best player on the field for a mile from the country."

From whether Bafana is able to overcome the threat posed by a Libyan side that was unlucky to miss a goal or two in Durban in September, Baxter quickly showed their 2-0 victory outside Nigeria in their opening qualifying round June last year as an indication of what their spending can do.

"Like when we went to Nigeria and we got a victory," was Baxter's secret response when asked about the Libyan fight that could play in neutral space in Tunisia or Egypt within four months.

"I think you need to have a clear cutting plan and be brave to go out and do the job.

"I think the players have shown in every other game over the Seychelles game away that was on an anomaly pitch.

"You have to score on this court (in the Seychelles) or otherwise end up as if we were, and we did not score that goal to get them out.

"They stuck to it and just kept banging the ball everywhere and went down injured and the referee did not help us."

Baxter insisted that everyone, including AU supporters, should have faith in his team and be convinced that they are able to take the required outcome against Libya.

"I have to say that it is a pity that we can not talk about believing that we will win this game against Libya based on the fact that I thought the boys played some great football (Saturday)," said Baxter.

"What I think we are good and if we continue to do so then I do not think there is reason not to wait for the game (against Libya).

"It will be like a knife of the throat job, but this is the game you want to play.

"We are well aware of the minefield if we go to Libya but I hope we can deal with it. I am sure I am looking forward to it."