At the full concert, Serrat is an imbecilie who criticized him for reading in Spanish (video) 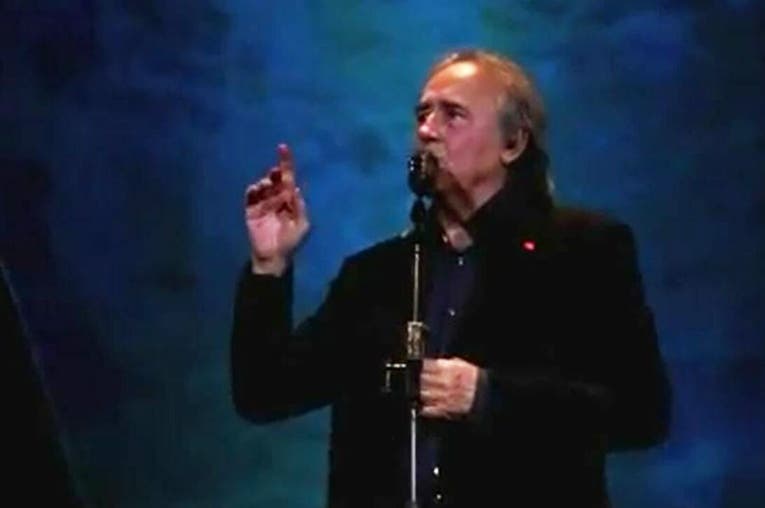 Catalan singer Joan Manuel Serrat cut off a concert at Barcelona's Auditori del Fòrum on Friday, facing a fan who accused him of singing a Spanish song.

Serrat was in the midst of his concert at the Mediterráneo da capo when he sang at the stadiums at the third and final concert at Auditori del Fòrum: "Singing in Barcelona, ​​Barcelona!"

Neither short, nor lazy, the artist cut off his performance and gestured to him: "I know that I'm in Barcelona, ​​I know you are ahead of me. I'm convinced that at this show all over the world, I find someone who says this for the first time. "" And before that, I'm trying to do it in this city [Barcelona]I ask him not to show me my show, "said the singer-songwriter.

As it turns out, Serrat, who is bored, returning to Grade 27, wanted the rest of the audience not to applaud him and "let him speak": "Someone was here." This album was written 47 years ago in Spain and this show goes from top to bottom. "

"Noi de Poble Sec" was criticized several times for the attack on the Independence Independence referendum on 1 October, while the other party criticized the statements by Romeva and Junqueras, who imprisoned politicians. those visiting the prison were "useless, unfair, and foolish."