Ferro took the mufa to Caballito 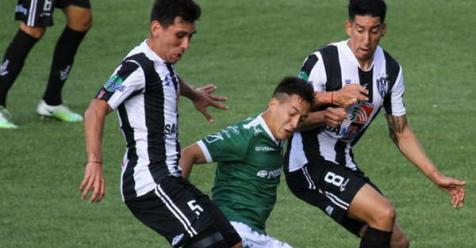 STORY Central Cordoba played an acceptable game at Caballito, where I managed to return to the winning ways after five races.

Central Cordova won yesterday a major victory in the quality of the visitor before Ferr Carril West by 3-1, which allowed him to cut a negative series of five parties without celebrations.

Emanuel Romero, Nahuel Luján and Facundo Melivilo scored the goals of Ferroviario, while Enzo Díaz turned the local goal into the match that finished the 6th round.

With this result, central Cordoba left the relegation zone.

Generally the fight was still, but was marked by the primacy of Central Cordoba, especially in the second half.

In the first half, the game was still at least half an hour before. The locals tried to take the lead, but Central Cordoba with the game at the middle level managed to match the action. In this context, despite having no control of the ball, Railroader has created the clearest possibilities. Melivilo with a shot from the middle distance and then Luján with a low shot, demanded Bailo.

But at 30 minutes came the opening of the scoreboard. At the exit of the corner kick after a prepared game, Emanuel Romero put a shot through the wide area to put 1-0.

After the goal, Ferro had the chance to catch it, but the Torres ball hit the crossbar of Taborda and they went to rest.

In addition, Ferro started better and also had two chances to connect with Enzo Díaz and Asprea before the first five minutes.

Central settled on the court, and with the places created the danger. In 10 ', in a game from the right, there was a perfect change in the front for Nahuel Luján, he entered the penalty area and took a strong shot that Bailo could not contain and the ball came late for 2-0.

Ferro, despite the variations, did not find any answers and the visit was close to the third in some cases. However, Ferro managed to discount with Enzo Diaz, about 30, and since then the party won the sentiment.

Ferro had the advantage of taking the draw, but between Taborda and Cavalloti (he came from the injury of the holder) prevented him.

In this context, Central Cordoba chose to play a counterattack and had several possibilities, but failed to materialize.

In any case, at the end of the fight and with the overthrow of Ferro, Melivilo closed the account.

In a well-governed meter, Sanchez changed the front for the middle left arrival and left his mark with a feint putting the ball on the side of the club to put the final 3-1.

There was no time for more and served Central Cordoba to regain ground and smile.

The next day he will receive the Los Andes, a direct opponent in the fight for permanence in the category.