For 12,000 years, the hidden Cooloola is the secret of the island 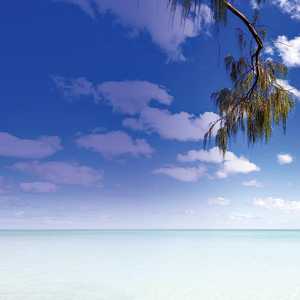 Cooloola The ancient parabolic sands of the Kum-mass region form a great deal of views between the Noosa heads and the northern tip of Fraser Island.

The University of Sydney PhD student, Tiago Passos, believes that an island scientist lost by the same dune formations at Barwon Bank's fishing industry yesterday could offer a unique opportunity to know the true Fraser Island and the unique landscape Cooloola.

A sandy island of ice age, about 12,000 years and only about 40 km from the Rainbow Beach, was strangely well preserved and dropped down about 60m.

Mr Passos says the research form would be "like Fraser Island."

Like the Fraser Island, it has been inhabited by the name Aboriginal, known as the Gary (paradise).

The 70 km long seas have been strangely obscured by the ocean. Mr. Passos is one of the researchers who investigates this.

The lost father of our Cooloola coast is believed to have been stored under the ocean because of the chemical makeup containing calcium compounds.

When they were exposed to rain, time and other geological processes, they could form a kind of cement.

It had turned the stones before sunset by the rising seas after the last ice age.

The works of Mr. Passos are part of attempts to tell the giants that an ancient sculpture was like a sand statue.

"Surface would be an island like Fraser Island, it was covered with water, but it is 40 kilometers away from the shore."

Scientists who believed that 70 km away from the sea floor between Fraser and Moreton Islands had to be destroyed by wavy and intense movements, pushed the waters around them.

Mr. Passos says, "What I'm interested in is that it's a mechanism that helps keep them in good shape.

The study of the world by researchers led to the publication of his work in the prestigious geological magazine Australian Earth Sciences Magazine.

People on the continental Australian continent are thought to have settled for a long time along with the many plants and animals that still exist on the island during the cooling times on the water.

Tightening of the seabed can keep a good foot or cinder print. And such traces can still be kept in places.

"When the worlds became tougher, they were walking on a rock," said Mr. Passos.

He said yesterday that it was discovered by an expedition to the Great Barrier Reef, which began mapping the seabed in the coast, starting at 50km north of the island of Moreton yesterday at Fraser Shelf at Barwon Bank.

The Sonar view selected the curved submarine structures thought to be part of an ancient reef.

Mr. Passos analyzed pictures and samples and found that they were structures like rock.

Although the calcium came from the reef, the lost island itself was not a reef. Fraser Island shaped like wind.