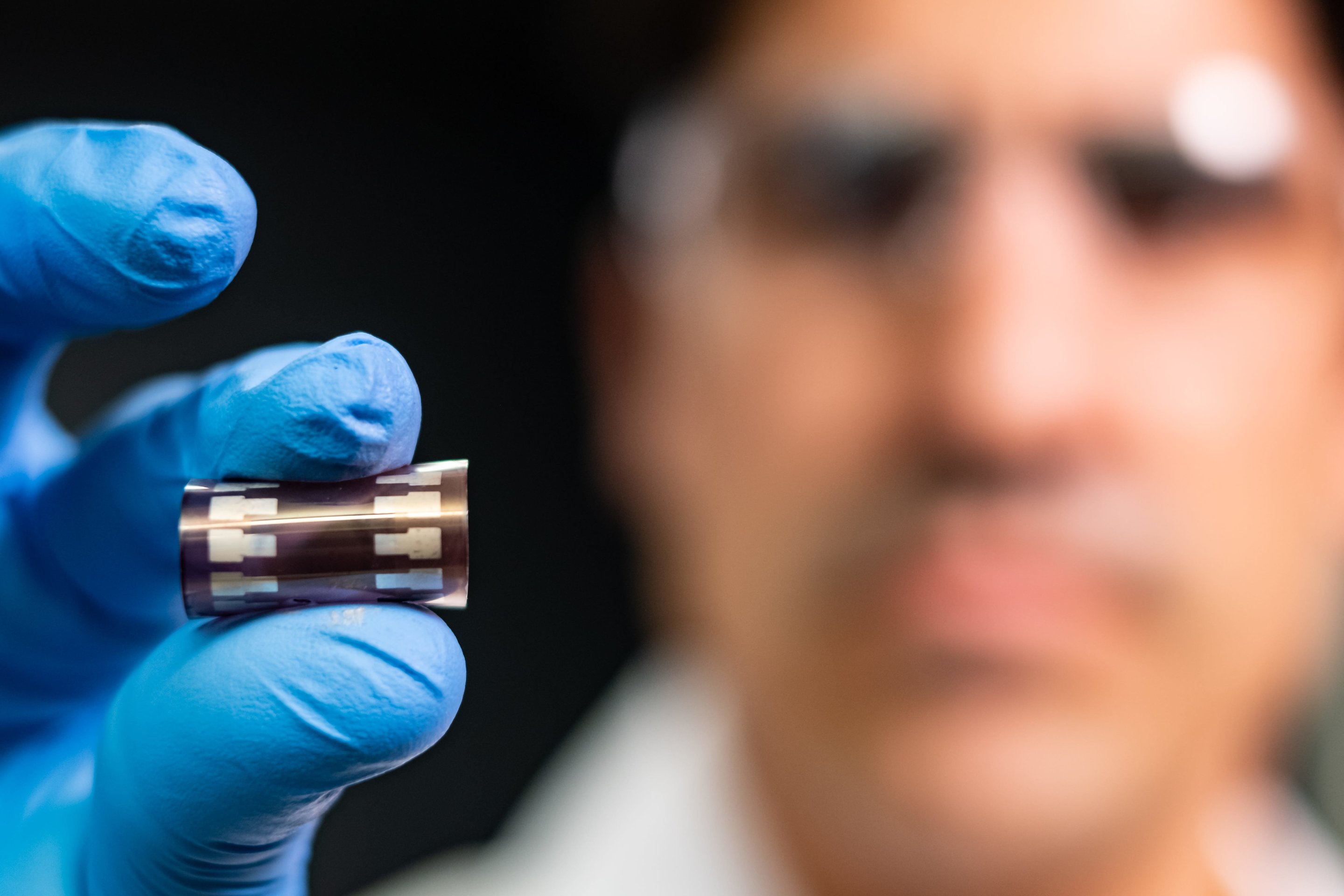 Organic solar cells that can be painted or printed on surfaces are becoming more and more effective and now show their promise for incorporation into applications such as clothes that also require flexibility.

The laboratory of Rice University of Chemical and Biomolecular Engineer Rafael Verduzco has developed flexible organic photovoltaic devices that could be useful when stable and low-power production is sufficient.

The research appears in the American Chemical Society magazine Chemistry of Materials.

Organic solar cells are based on carbon-based materials, including polymers, as opposed to hard, inorganic materials like silicon, to capture sunlight and convert it into electricity. The organics are also thin, light, translucent and inexpensive. While medium-ranging solar cells, based on silicon, yield about 22% – the percentage of sunlight converted to electricity – organically exceeds 15%.

"The field is obsessed with the profitability chart for a long time," Verduzco said. "There has been an increase in the efficiency of these devices, but the mechanical properties are also very important, and this part has been neglected.

"If you stretch or bend things, you get cracks in the active layer and the device fails."

Verduzco said that an approach to defining the fragile problem would be to find polymers or other organic semiconductors that are flexible by nature, but his workshop took another cut. "Our idea was to stick to materials that have been carefully developed for 20 years and that we know the work and we find a way to improve their mechanical properties," he said.

Instead of creating a grid and pouring semiconductor polymers, Rice researchers were involved in sulfur-based thiol reagents. The molecules are mixed with the polymers and then interconnected to provide elasticity.

The process is not cost-free, because too little thioline leaves crystalline polymers prone to cracks under stress while greatly reducing the efficiency of the material.

The test helped the lab to find the Goldilocks Zone. "If we replaced 50% of the active layer with this grid, the material would have 50 percent less light and the current would fall," Verduzco said. "Even after confirming the formation of the network, we had to determine how much thiol needed to suppress the fracture and the maximum we could put without making it useless as an electronic device."

In about 20 percent thiolene, they found that the cells maintain their effectiveness and have gained flexibility. "They are small molecules and do not disturb the morphology," said Verduzco. "We can shine ultraviolet light or use heat or just wait and time to form the grid. Chemistry is mild, fast and effective."

The next step was to stretch the material. "The pure P3HT (the active polythiophene-based layer) began to crack at about 6% of the strain," Verduzco said. "When we added 10 percent thioline, we could turn it up to 14 percent." In about 16 percent of the strain we began to see cracks in the whole material. "

In strains higher than 30 percent, the material bends well but becomes useless as a solar cell. "We found that there is virtually no loss in our flare up to about 20%," he said. "That seems to be the sweet spot."

Pressure lesions hit the material even when the stem was released. "The stem impinges on the way these crystal sections are packaged and translated into tiny breaks in the device," Verduzco said. "Holes and electrons still need paths to reach opposite electrodes."

He said the lab expects to test different organic photovoltaic materials while working to make them more stretchable with less additive for larger test cells.