Gridling vs. Goldgruber: The SPÖ calls the showdown to the BVT Committee 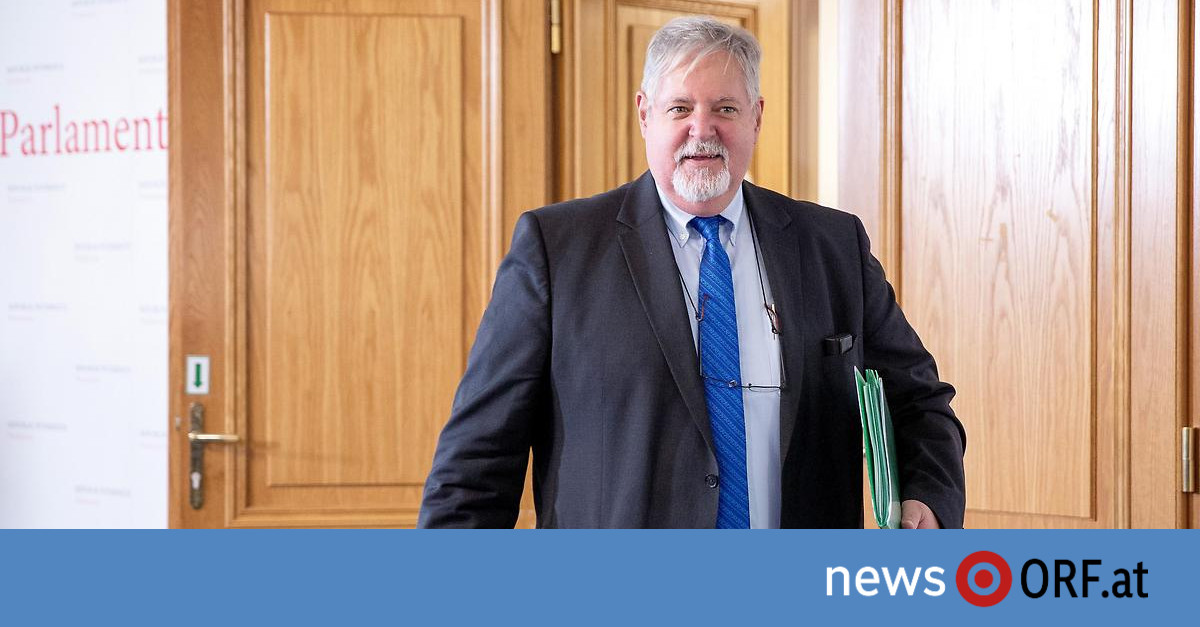 That there was a Goldgrubers application for the use of secret investigators and investigators in the right area, Gridling confirmed on Wednesday. Goldgruber had initially denied this during his interrogation on Tuesday and later relativized that he could not remember. Gridling could remember that such a request had come that had "annoyed him". In fact, the General Secretariat of the Federal Ministry of the Interior (BMI) meant that they did not want to receive such information so as not to suspect they wanted to use something politically.

Also, ZIB2 Gridling reaffirms his statements during the trial day – and he said: Goldgruber had set his "opinion on things", but it would be appropriate to talk to him about the background to the allegations (against BAT, to speak. "I think I could make a lot of contribution to education," Gridling said.

Gridling: "It could make a lot of contribution to enlightenment"

BAT Director Peter Gridling speaks at the ZIB2 press conference at the committee of inquiry. He also commented on Peter Goldgruber's statements.

Because of these and other contradictions, the SPÖ now wishes to require a comparison between Gridling and Goldgruber in the BAT Committee. This was announced after the Gridlings survey. According to the SPÖ, such a comparison would be possible, procedural rules permit this. In principle, the opposition can invite two witnesses to the committee. A third load requires the approval of the majority. Whether it is the required confrontation between the two, it should only be decided in the days following the examination of the committee's minutes.

The question of comparison is decided by President Doris Bures (SPÖ) after consultation with the trial judge, ÖVP leader Werner Amon said. In any case, he sees "a plethora of contradictions". Gridlings statements "have great credibility for me." He does not understand why the prosecutor ordered home search at the Federal Office for the Protection of the Constitution and Combating Terrorism (BVT), which "caused great damage".

Director of BAT Getting hands


Gridling wants to complete the contract by 2023

Judge Eduard Strauss did not want to comment on ORF.at. First, it is not yet aware of this requirement and, secondly, it must carefully study the Rules. Only so many: if it is a comparison, you will probably enter the fruitless territory.

In any case, Goldgruber's request for state protection should not be the only one of its kind. Why, as Gridling announced at the instigation of the committee, the cabinet chief of some ÖVP interior ministers Michael Kloibmüller asked such questions to the Federal Bureau. At that time, people wanted information about the case of lawyer Gabriel Lansky, said Gridling. But he could not remember anything more. The head of the BVT, on the other hand, pointed out that he had a contract until 2023 and would try to fulfill it. So he told ZIB2 that the relationship of trust is affected, but he will continue to do his job.

Carnival: There is no exclusion from the "Berner Gruppe"

According to Gridling, his deputy and interim leader, Dominik Fasching, asked Members' questions. He said that probably a trusted person wrote the anonymous batch of partially unsubstantiated claims against BVT officials. Exceptional people could not know the information they wrote, Fasching said. "Some aspects" in the brochure, which triggered investigations by the Finance and Corruption Prosecutor's Office (WKStA), should be devoted. Even recut, who is the author, has a carnival but not. That was the duty of the prosecutor.

Carnival also stated that the "Berner Gruppe" never intended to exclude Austria. However, there were fears in BAT that this could happen, said vice president of the BVT. Details he could reveal only in a secret session. Fasching also accused him of ordering Sibylle G.s (Head of the Extremism Unit, Note) to revise the office. She had a conversation with her, private issues were discussed that would like to carry out the Carnival in committee. There were no disciplinary investigations against the head of the extremist division.

In the conversations Fasching had heard that C. He did not want to do the job after searching at home after Gridlings was suspended. That is why he told General Director of Public Security Michael Kardeis that G. He could ask for a pension. When asked why he did not ask G., the Vice-President replied: "Perhaps my time management may improve. But at that time (March / April, note), I did not have to prepare a manager, a head of department 4, deputy and a BAT presidency. "

The committee of inquiry agreed late afternoon with the other respondents. Before Christmas, ÖVP Justice Minister Josef Moser and Upper Austrian Provincial Governor Elmar Podgorschek (FPÖ) will be questioned before MPs.

It was already set the next day of the committee in just three weeks. Interior Minister Herbert Kickl (FPÖ) and Kards are interviewed. There are three more meetings this year, the last of which is scheduled for December 6th. One of them is Moser busy, who is going to report the events to the judiciary around the controversial attack on the BVT.