Hildegard Breiner, the majesty of the environmental and anti-nuclear power plant movement in Vorarlberg, was honored Monday with the country's "Silver Medal". The state government has confirmed its anti-nuclear stance.

Even 40 years after the Zwentendorf referendum, the country had not changed its negative attitude towards nuclear power, said Governor Markus Wallner. With "Not at Zwentendorf" the former activists – above all Hildegard Breiner – laid the foundations for Vorarlberg's energy policy. 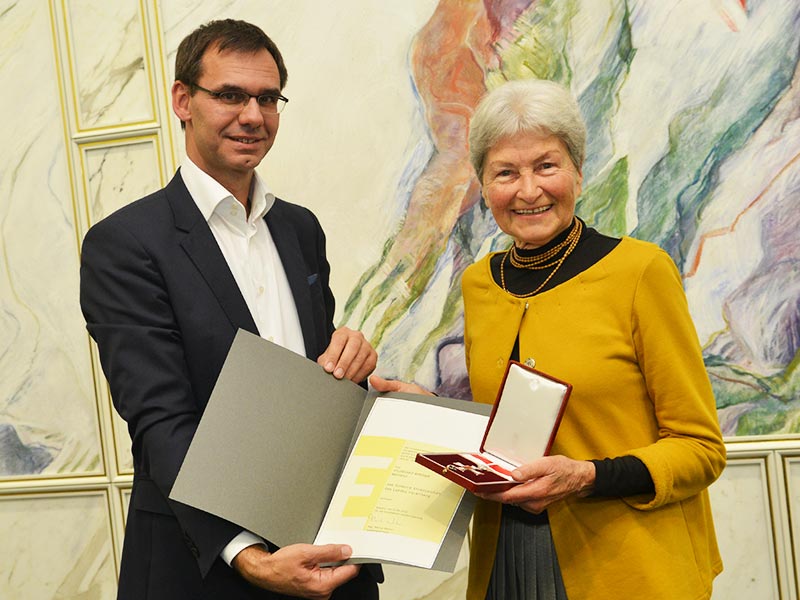 It is not clear in Zwentendorf from Vorarlberg

The Vorarlberg population said in a referendum on the award of the Zwentendorf nuclear plant in 1978 with a vote of about 85 per cent and a 75.8 per cent participation rate very clear in this project and therefore not in nuclear energy in Austria.

For Hildegard Breiner it was already the second national prize. As early as 2000, the environmental activist, who had a reputation far beyond the Vorarlberg, was honored for her work for decades with a great signal of compassion. In 2008 he also received the Dr. Toni Russ.