We know Danse's semi-finalists with the stars 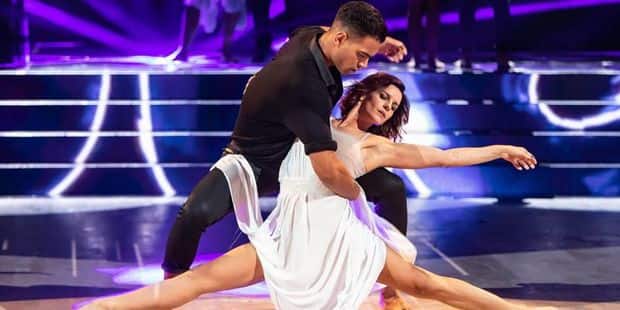 A couple left this show on Saturday


This Saturday, the judges of the Dance with Stars captured the floor of the show. Each of them had the opportunity to dance with one of the couples who still run. Jean-Marc Généreux with Clément Rémiens and Denitsa Ikonomova, Chris Marques with Héloïse Martin and Christophe Licata, Shy's with Terrence Telle and Fauve Hautot and Patrick Dupond with Iris Mittenaere and Anthony Colette.

This three dance followed a second dance for four other couples. Clement Remiens and Terrence Telle are the first two places of talent. In spite of her injury, Iris Mittenaere received good judging from the jury. These, however, will not be enough for the former Miss Universe in third place, followed by Héloïse Martin.

After the joint vote, Héloïse Martin and Terrence Telle meet face to face. Terrence Telle won the last opportunity. Stores for the fourth time face-to-face, the model qualifies with her partner, Fauve Hautot, for the semifinal dance with the stars.

It was abolished, Héloïse Martin states, "I have no regrets. It was an incredible adventure."

Terrence Telle, Clement Remiens and Iris Mittenaere will face the semifinals next week at TF1. An explosive evening that will be dedicated to French singer Michel Sardou, who will appear in the stage of the show.