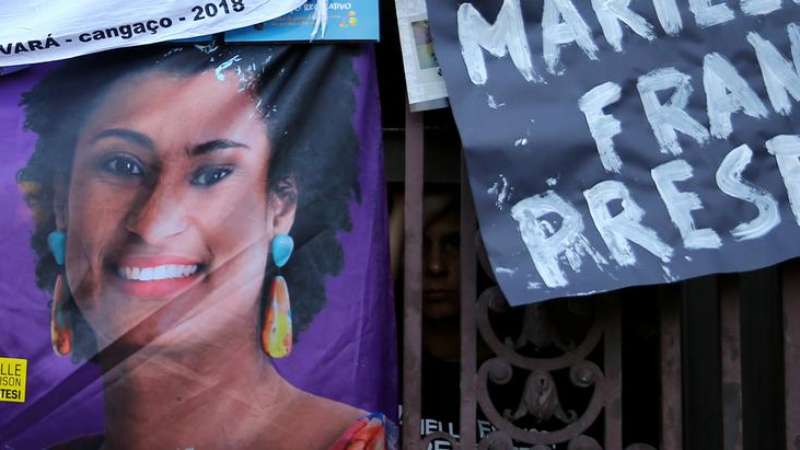 The decision to censor investigations into the assassination of the counselor was met at the request of the police and prosecutors. "A judge in Rio de Janeiro forbade TV Globo on Saturday (17/11) to publish the content of any part of the investigation investigating the deaths of counselor Marielle Franco and Anderson Gomez, who were murdered in March this year. months later, the case remains unresolved.

The request for censorship comes from the humanitarian police department and the Rio de Janeiro public ministry. In his decision, Judge Gustavo Gomes Kalil, of the Fourth Criminal Court in Rio, said that "the leak of the file is very damaging because it exposes witnesses' personal data and prevents good research progress, of the immoral crimes under investigation ".

The judge also banned the broadcaster from publishing extracts from the investigation, even if no witnesses were found. The same applies to content such as audio and email transcripts contained in the survey.

Globo had access to the research content at the end of the first half of November. Two broadcasts concerned the content. According to TV Globo, the network takes care not to reveal extracts that could jeopardize witnesses and the progress of investigations.

The broadcaster said it intended to comply with Judge Kalil's decision, but pointed out that it intended to appeal because it considered the measure to be excessive. In a statement, TV Globo pointed out that the decision "seriously undermines the freedom of the press and the right of the public to be informed". "TV Globo wants to ensure the constitutional right of the public to be informed of any shortcomings in the investigation that in eight months failed to promote the clarification of the brutal killings of Alielle Marielle and the Anderson driver," the note said.

Abraji (Brazilian Journalism Association) also rejected the Court's ruling. In a statement, the club said the decision violates the right of Brazilians to the free flow of information and describes the measure as censorship.

"Freedom of the press, which is fundamental to democracy, should be ensured by all levels of the judiciary, but is often ignored by judges who, months or years later, are denied by higher courts. In the meantime, it is suspended the right of citizens to be informed, which creates irreparable harm to society. This case is an example of this unreasonable practice, which must be brought to an end. psi constitutional rights, "pointed out Abraji.

Deutsche Welle is the international broadcasting organization in Germany and produces independent journalism in 30 languages.