In Romania, they found the stolen masterpiece of Picasso 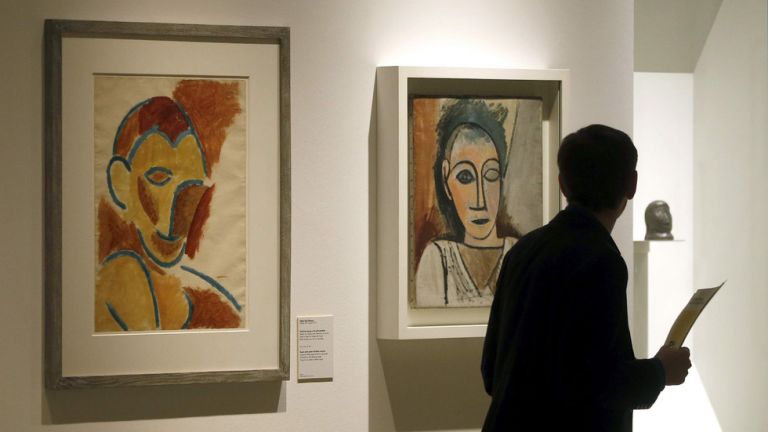 A canvas believed to have been perhaps the image of Pablo Picasso's "Harlequin Chief," stolen in 2012 by the Kunsthal Art Gallery in Rotterdam, was discovered in Romania, Reuters quoted Romanian prosecutors as saying.

In one of the most dramatic thefts of history, seven works of Picasso, Matisse, Monet and millions of other creators were stolen from the gallery.

The Romanian criminal leader and his associates were condemned for theft in 2013, but none of the paintings were found. Romanian experts then believe that at least three of the canvases were burned in an effort to destroy the evidence.

A report by the prosecutor's office is investigating "the conditions under which a photo signed by Picasso, worth about 800,000 euros, opened on Saturday night in Toulouse." The message states that the authenticity of the image is in the clarification process.

It is also reported that two Dutch citizens have come to the Dutch embassy in Bucharest with the picture and said they found it in southeastern Romania.

The rest of the stolen paintings of 2012 are Henry Matisse's "Reading Women of White and Yellow", the Waterloo Bridge in London and the Cross Bridge in London by Paul Gauguin, "Woman in Open Window" by Claude Monet, Self-Portrait "by Meyer de Haan and" The Blind-Eyed Woman "by Lucien Freud.

The paintings cost 150-300 million euros, the Romanian editions were written during the trial against the perpetrators.