Siderov: There is a need for a rescue plan for patriots 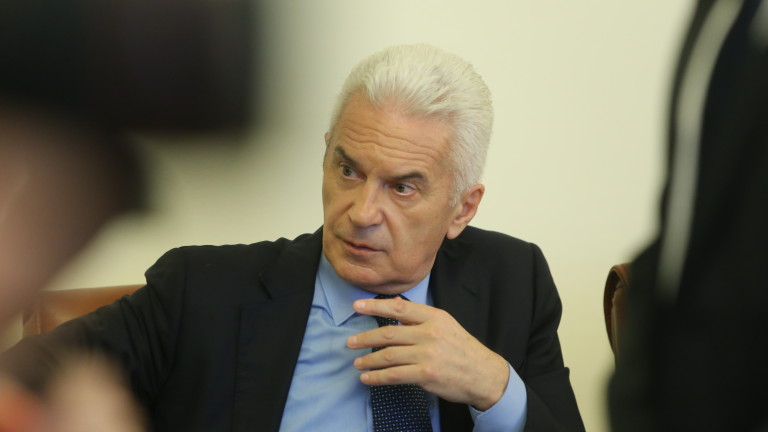 The President of the United Patriot PG (OP) and the leader of "Attack" Volen Siderov insists on a rescue plan for the small coalition.
In his opinion, now is the time to save from crash and patriotism as a political platform in Bulgaria, and patriotism is currently threatened. Siderov hosts both televisions – BTV and Nova TV.

It should not be the leading ego and the desire to be in any position at any price, the leader of Ataka pointed out: "My proposal for the resignation of Karakatsanov is a call for a rescue plan for the United Patriot Coalition.

He thinks he was a huge mistake to enter into government by Valeri Simeonov and Krassimir Karakachanov. There is no reason to support ideas, according to the head of Ataka.

according to him The United Patriots may share the fate of the Reform Blocks from the second Borisov office. According to Siderov, if the patriotic formations are united, they will not overcome the 4% barrier for the next parliament.

He recalled that this coalition was extremely difficult, especially thanks to his efforts, while Valeriy Simeonov was extremely tall. It will be important to present them in the next elections – those of the European Parliament. According to Siderov there are no preconditions for early parliamentary elections, and the coalition's OP-GERB should continue to work.

Simeoff complained that he was communication in the nationalist union broke. The leader of Ataka repeated that he had learned from the media about the resignation of Valeri Simeonov and that there were no talks with Krassimir Karakachanov and others from the government.

"For years I've been knocking on the bell and I'm telling them both to focus on the important issues and not to get involved with disco. They did not hear, and that's the result, "Siderov said.

He insisted again the withdrawal of Krasimir Karakatsanov from the government, which would be "healing".

The government will survive after two resignations, Sidorov said he does not depend on the positions of two vice-presidents. "If GERB and Patriot do not show a good result, they will jump and say we will go to the elections," said Volen Siderov, adding that "the key to survival is to show a good outcome in the European elections.

"We need renewal from a" storm of ideas ""To bring us to another level," he stressed, and warned that otherwise the whole patriotic subject could underestimate and devote his life to it.

Asked if it would be the blue helmet of the coalition council on Tuesday, Siderov said there is no need for such transfers It needs a gray matter under the blue helmet.

He also did not demand criticism from GERB, who had to decide what policy to do: "liberal-sex or conservative-patriotic."

Siderov stressed that he would not "to betray the cheta", but also complained that in Parliament as chairman of PG Patriot he worked with people "sincerely for me". "I do not buy airplanes and tanks, I do not decide to build a resort anywhere or close," he said, asking to work the really important things for society and Bulgarian citizens. According to him, the big problems are precisely in Krassimir Karakachanov's business and he wanted Valeri Simeonov to resign for a month and a half.