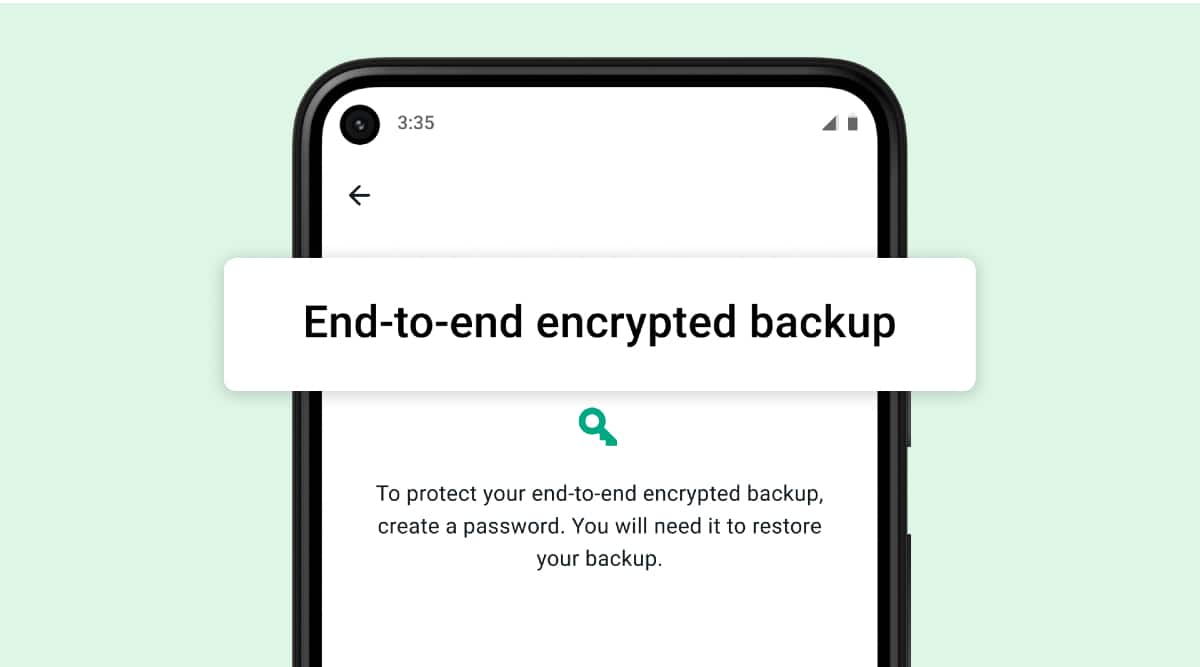 WhatsApp has introduced a built-in encryption feature that you can use to protect all your private messages. If someone provides this feature, it means that you can only access the backups of the conversation by the user, and not by a third party, be it Facebook or even Apple or Google.

“You can add the same layer of protection to your iCloud and Google Drive backups as you do with a high-end encrypted backup,” says the Facebook-based company. Since 2016, WhatsApp has been offering users end-to-end encryption for messages, video and voice calls. In a blog post, the company revealed that it “protects more than 100 billion messages a day while traveling among more than two billion users globally.”

The new high-encryption backup feature allows users to set either the password they want or the 64-digit encryption key they only know. Thus, no third party service will be able to enter the conversations. But keep in mind that if you forget the password, you will lose access to the backup of the conversation.

Step 1: Open WhatsApp and go to Settings by tapping the three dot button in the top right corner.

Step 2: Tap Chats and then go to Chat Backup.

Step 3: Go to End-to-End Encrypted Backup and tap Continue. Next, you need to follow the instructions to create a password or encryption key.

Step 4: Click Done and wait for WhatsApp to back up the encrypted password. It should be noted that the encryption may need to be connected to a power source as the device has some local sources.

Note: If WhatsApp users lose their WhatsApp conversations and forget their passwords or keys, they will not be able to restore the backup. The company says that WhatsApp will not be able to reset your password or restore your backup for you. The feature activation process is the same for both Android and iOS. It started to spread and should be visible to everyone in a few days.