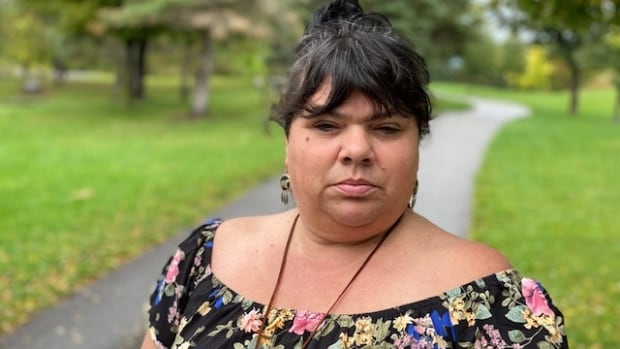 Several women have emerged with allegations of sexual harassment against a traditional doctor who has been serving for months at the Wabano Aboriginal Health Center in Ottawa.

They say they are aware of the organization’s concerns, but have not done enough to support affected employees and customers.

The CBC spoke to five women, including three former employees and a Wabano client, who claimed they had unwanted contact with Ralph King, an Ojibwe-Anishinaabeg therapist from Moose Deer Point First Nation.

Wabano cut ties with King after complaints of “inappropriate behavior”, according to an internal record dated April 21, 2021, and banned him from being evicted in the spring.

King has not been charged or convicted of any of these charges. CBC tried several times to contact him, but did not respond during the publication.

According to the center, King provided treatment services from November 2020 to March 2021, and was previously described as a “passionate local traditional healer / nurse” according to internal Wabano emails.

Emails say First Nation, Inuit and Métis are brought to the center from time to time for one-on-one meetings with community members and staff.

The Wabano Center told CBC it had cut ties with King due to “bad behavior” and “inappropriate communication”.

“To be very clear, Wabano has not yet received any complaints of sexual harassment from employees or customers,” he said.

Two of the five women interviewed by the CBC said they had reported to the Ottawa Police Department.

Wabano said the center was approached by Ottawa police in August and was “cooperating with fact-finding.” Police said they would not be able to confirm or deny the investigation into the man unless charges were brought, but that the service had “fully investigated all allegations of sexual harassment.”

Mindy Smith, Wabano’s former program director, said she saw King as a Wabano client in March 2021, three months before she joined the organization.

Smith said he saw King twice at the Cedar Lodge in Wabano Center on March 24-26. Smith, a Mi’gmaq First Nation with ancestral ties to Listuguj First Nation in eastern Quebec, said he immediately felt comfortable with the King during his first meeting.

“I am a very strong, intuitive woman, but she managed to reduce my weaknesses to zero,” she said.

Smith made this appointment in search of spiritual healing from the sexual traumas of his childhood. He explained how psychic healers use a small deer bone, only five centimeters long, to remove negative energy from the body.

“He put the deer bone on my breasts and vagina several times and touched the inside of my legs,” Smith said, adding that he touched those places without permission.

He said it was difficult to describe how he felt at the time, because he knew in advance that it would be a disturbing experience on the subject.

Smith said he wanted King’s phone number and the couple began texting. Some of the messages reviewed by the CBC reflect a friendship that lasted about a month.

Smith said he was still looking for a cure and wanted to continue the relationship because of his King status. The discussions seemed mostly light and included the news of their day and how happy they were to get to know each other.

Smith asked if he had treated other customers in this way, and said he wanted clarity about their relationship because King would sometimes say things that would mean it’s not just a friendship.

Then on March 31, a week after meeting Smith, King said he needed a massage and recommended one in Ottawa. He asked if the man, who said he was “sweet” but didn’t give happy ending massages, was “hot.”

King later wrote, “Roof, then maybe you can do it. Massage. Lmao.”

Smith said he was very upset by the response and said he tried to laugh by typing “LMFAO.”

In another exchange on April 1, he told King Smith, “The old lady is sleeping now.” Smith later asked for advice to help his daughter, who had recently lost a friend, and she simply replied, “And I have a bone, Lol.”

Smith said he tried to make the message funny: “Omg go wake him up and don’t call the old woman, or I’ll kick your bone or no bone.”

The king was described as a ‘sexual predator’

Smith stopped texting when he said he heard others in Wabano describe the King as a “sexual predator.”

In June, Smith was hired as program director at Wabano. He said he did not immediately bring his experience with King to the forefront because he thought an internal investigation had already begun.

“It’s very easy to put your trauma in the back seat, in the back of your nose when you want to help others. I stopped thinking about it until I realized that nothing had been done.” he said.

A week after sharing his experience with King to human sources, Wabano says he was fired. Wabano believes he was released because he thought he had contacted the police.

Wabano said the lawsuit was “actually untrue,” but would not comment further on internal human resources, citing confidentiality.

Wabano told CBC that the center has taken a number of measures to support its staff, including one-on-one meetings with management, treatment groups, recreation, clinical and cultural services, and access to the organization’s staff assistance plan.

‘They had to apply to the police’

Another former employee described a similar experience with King during his visits in February and March. CBC, which is alleged to be the victim of a criminal assault, does not recognize this woman.

Kini saw him for a meeting twice and said that although he felt uncomfortable on his first visit, he came back thinking he was in his head and that perhaps the healing technique was normal.

During the second visit, King once again touched the top and bottom of his breasts, hips and around the pelvis with deer bones and hands.

He said he didn’t want permission and agreed to hug at the end of the session, but it took longer than he thought.

“I wanted to push him, I tried and he wouldn’t let go … I really felt uncomfortable and broke,” he said.

When an employee learned that a colleague had a similar experience with King, he said he spoke to his boss in April because he was worried about his customers.

“We have to support them … and they were stubborn, they told us we didn’t call customers, they would come to us if they needed support,” he said.

Prior to his visit, he had recommended King to his clients on the instructions of the Culture Team in Wabano.

“They had to have a therapeutic circle [the clients] immediately. They had to call the police and say that this man should be stopped now, not tomorrow.

Amanda Earle, a former employee who spoke to CBC for the first time about money laundering and harassment allegations at Wabano in June, said management had “reluctantly” agreed to hold a healing association for workers who said they were royal victims.

Earle said he touched the bottom and bottom of the King’s chest without permission. As part of the healing circle, he shared his story with four other employees.

CBC first asked Wabano about the King in an email on June 25, but Earle and another former employee, who was not named by CBC, both said the center only started calling King’s customers after that email.

The customer says Wabano did not call

At least one customer said Wabano never called him about the King. The CBC declined to name Wabano for fear of retaliation from people he knew.

The client said he recently wanted programming at the center for spiritual therapy and cultural training.

During a meeting with King, he said he also used a deer bone in his chest and asked many personal questions about sex.

“At first I wasn’t sure if it was inappropriate, I felt uncomfortable and weird,” he said.

As a local person who reconnected and sought training, the client said he was ashamed of not knowing his culture and did not want to question the process.

“I trusted Wabano, and to see that I was good, they betrayed that trust without thinking in the true sense of the word.”

The city of Ottawa, one of the nonprofit’s main sources of funding, is currently investigating allegations of harassment, abuse and misuse of funds within Wabano that have nothing to do with the latest allegations.

The city says work should be completed in December.