Carlos Menem for Máximo: "When he goes to Argentina he always looks for me" 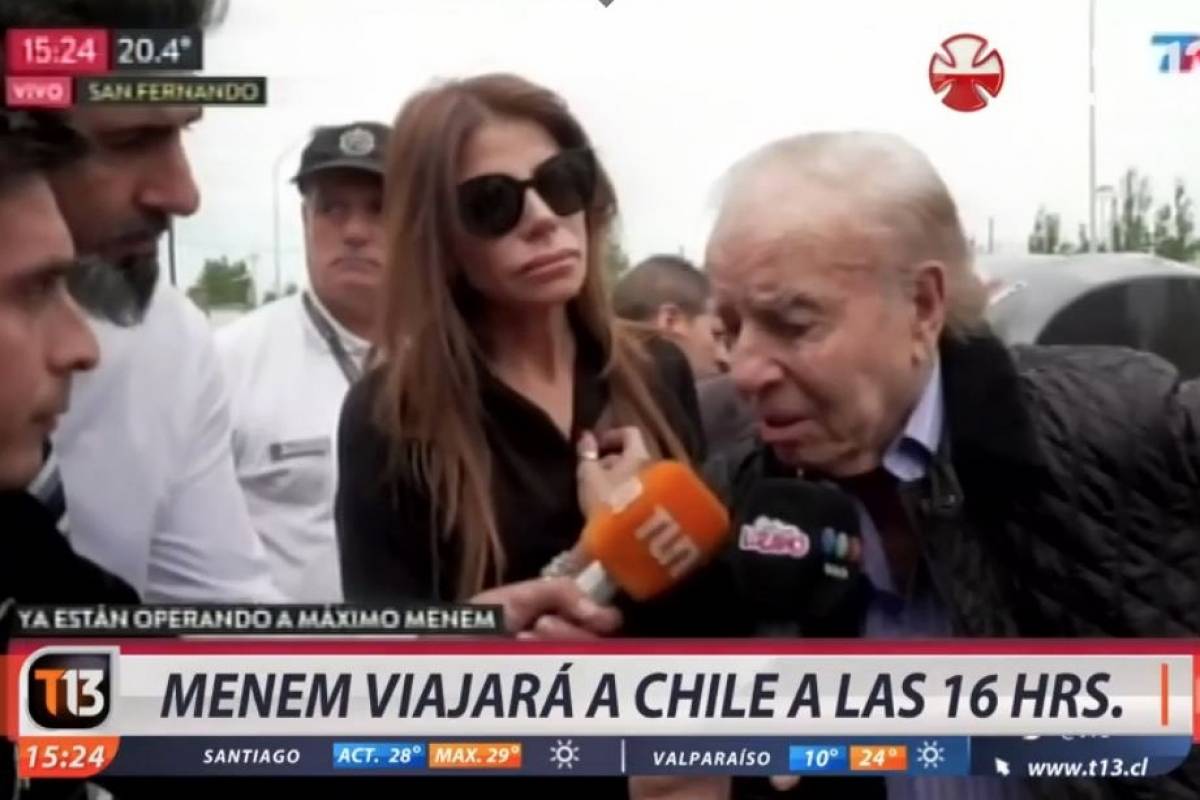 As mentioned, Carlos Menem returned to Las Condes clinic this Saturday afternoon to see his son Máximo, who underwent surgery on Friday to remove a tumor discovered in his head.

Accompanied by the sons of Zulemita and Carlos Nair, after seeing Máximo, the former Argentine president spoke with the media who were present in the area. "We were able to stay for a while, he is a wonderful creature, loves his family very much, his mother of course was there," he said.

Regarding the way he saw his son, Menem said the 14-year-old is "good, very good, thank God," according to the doctor, and he hopes "he may soon leave here."

In addition, the former Tran-Andean leader referred to his relationship with Máximo and whether this situation could contribute to creating a greater bond between them. "Everything depends from time to time going to Buenos Aires I come to Chile and I feel very happy I love Chile and I'm not saying it because you are here but because Chile has always been a curious place for me I've been here for almost a year , almost exiled, but now I am in complete freedom, "Menem said, adding:" When he goes to Argentina he always looks for me, I'm not going to close the door, he's my son. "

After his visit to the clinic, Carlos Menem would be heading straight to the airport to return to Argentina despite the fact that his legal leave allowed him to stay in Santiago until next Tuesday.