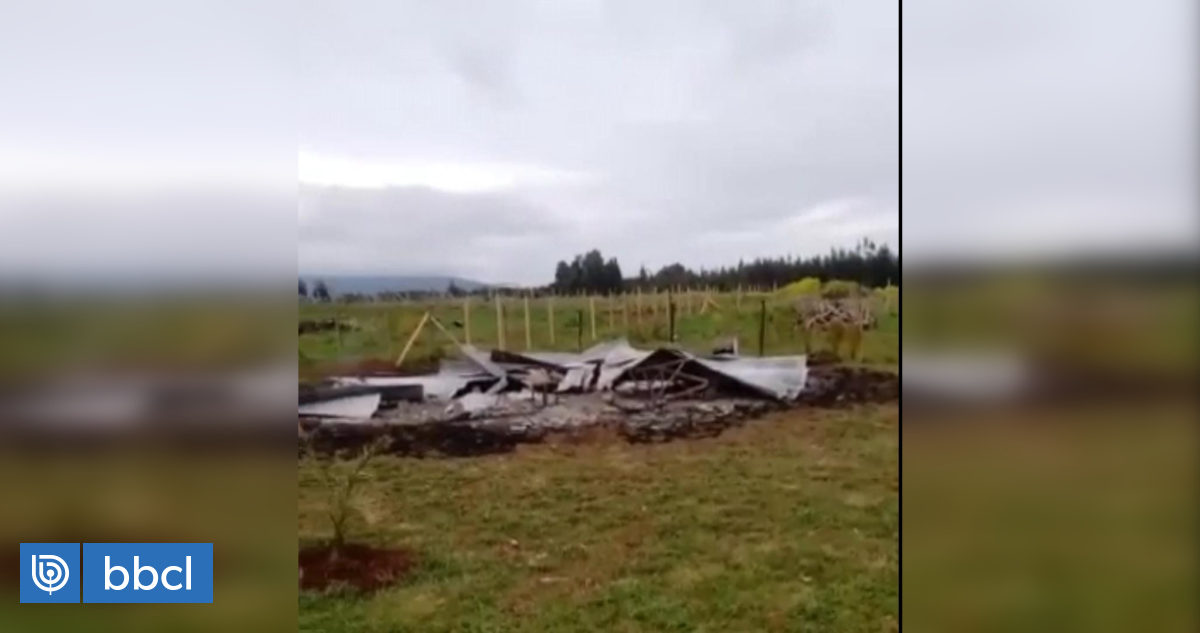 “We are traumatized as a family.” In this way, a person affected by a fire attack in Cañete, Arauco province, this Wednesday morning described the family moment he lived with his loved ones just a month after his house was set on fire.

Absolutely impressed the owner of a burned house was shown during a fire attack in Cañete commune on Wednesday, Province of Arauco.

In this regard, he defended that “we were traumatized as a family” by claiming that he lived with his wife and “my six-year-old son and one-year-old four-month-old daughter.”

“The truth is that the house was newly built in a month”explained the victim to show the seriousness of what happened.

In the same way, he was determined to express it “I don’t think we’ll go back there”and added the words “afraid.”

Along these lines, “we are ordinary and wild people. We are not rich people, everything we did was diligent “.

In addition, being visibly affected, “the truth I feel very lonely because Carabineros did not come “.

There were no residents of the house at the time of the attack, and the scene took place in Paijavi, About 6 km from Cañete.

In turn, the victim’s brother noticed when they came to the field Everything was in place, strangers left inaccessible booklets and Mapuche flags.