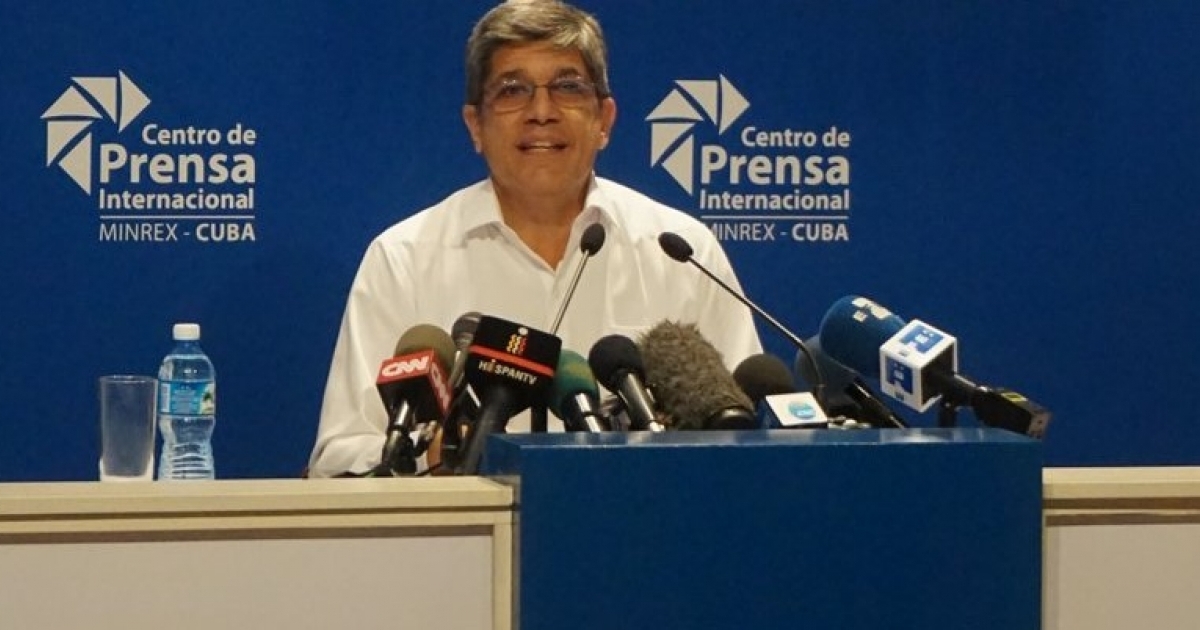 Havana, November 2 (EFE) .- The Cuban has today rejected the announcement by US President Adviser John Bolton, who promised extending economic sanctions to island unitsand accused him of seeking funding for the Republican Party in Florida, before the November 6 parliamentary elections.

"There is an election line (…) that the policy of aggression against Cuba will improve the prosperity of the Republican Party, especially in the Florida state," said Carlos Fernández de Cossío, Minrex, United States Secretary of State at a press conference to respond to Bolton's message .

The US Presidential Adviser on Thursday announced that the Foreign Ministry will expand the list of units owned or controlled by Cuban military or intelligence services that Americans can not carry out financial transactions.

Bolton, whose announcement was involved in a speech in Miami about US politics. that more than a dozen legal entities in Latin America are added to the list of sanctions, although they have not yet defined them.

"Yesterday's maneuver was money, not vote of the voters," Fernandez de Cossío explained, convinced that Bolton is trying to raise money for his party from the rich radical sector of the Cuban Americas in Florida, which does not represent the majority of the community is generally more favorable than for bilateral dialogue.

As to the impact on the island's economy, the leader of the Cuban relations with the United States. He said it was "difficult to qualify" without knowing the recipients of the sanctions, although he said he was "strengthening" the economic, commercial and financial embargoas well as "hostile politics" against Cuba.

The announced criminal measures "will undoubtedly have an impact on the economy and the country's development, adding to the overwhelming impact of economic blockade," but "its fundamental objective will not fail: it will not be able to bend the Cubans' will to build their own future," he said a representative of the Cuban Foreign Ministry.

In addition, the Head of the Washington Relations accused the President of the White House for "dealing with unrighteous lies, defamations, accusations and references" about human rights violations or attacks on US diplomats in Cuba.

The latter refers to the mysterious health problems of the American Embassy's diplomas and staff. In Havana, whose causes were not established, but almost emptied the diplomatic legacy and had a constant source of tensions and accusations between the two countries.

In Latin America, traffic is bigger, but airports are still behind

Trump and the cynical way of politics

Vietnamese Prime Minister to China to attend the international fair