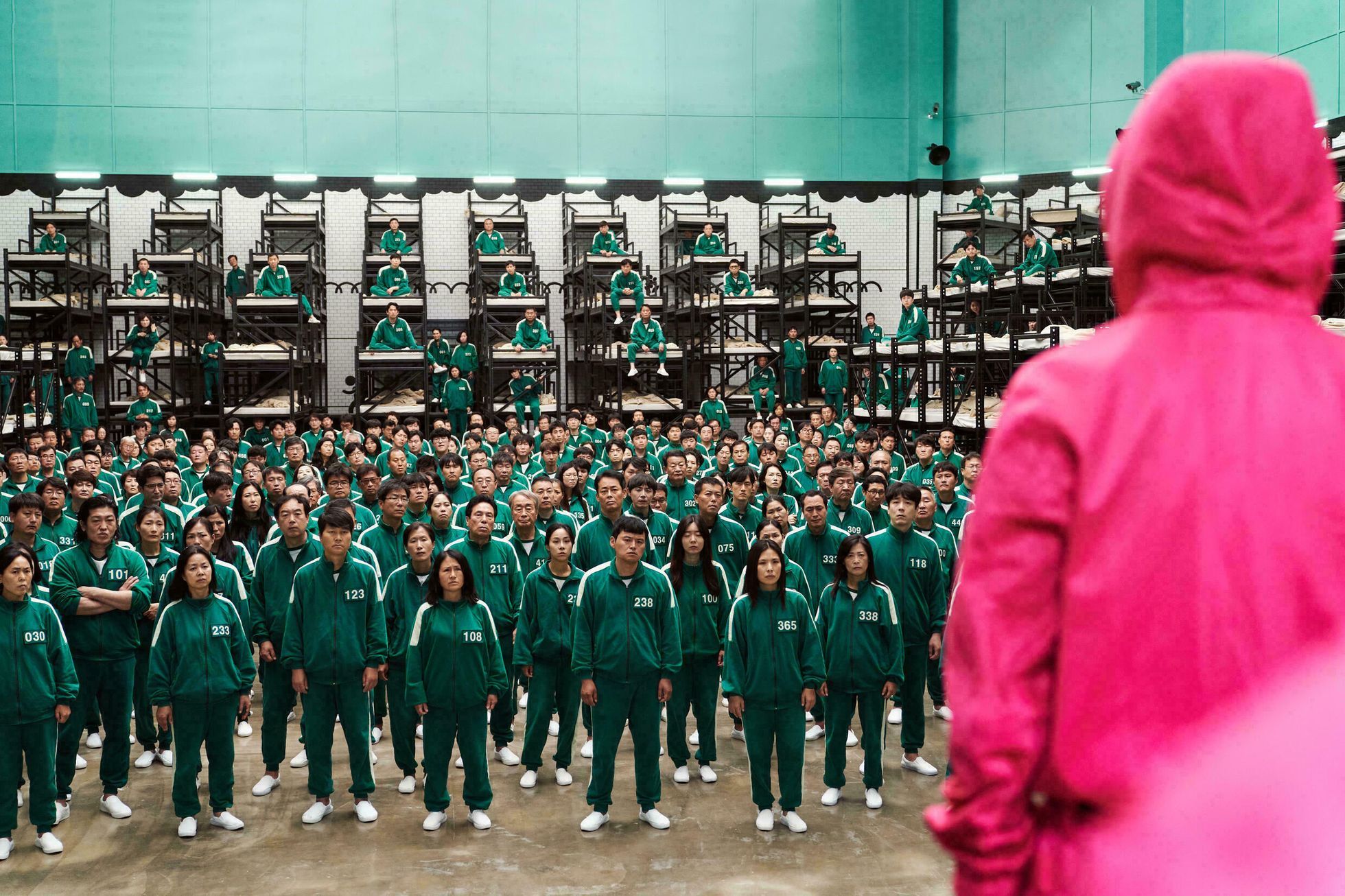 South Korean Squid Game has officially become the most popular Netflix video library series. The premiere of the nine-part thriller, in which debtors fight for their lives with the vision of fairy-tale wealth in children’s games, took place a month ago. More than 111 million people have seen it since then.

According to the drama of dystopia, countless memes have already been created on social networks, as well as Halloween masks inspired by the green tracksuits worn by the participants of the series.

The Korean sweet called dalgona, which the contestant has to remove from the pattern, has also gained popularity. Yong-hui, a 37-year-old confectioner who has been making waves in the South Korean capital, Seoul, for the past eight years, said he didn’t go home a week after the series premiered because he had gathered in front of customers. There was a steady stream of orders in the store. Before the series, it sold about 200 waves a day, now it has reached 500.

The series further increased interest in Korea. The manufacturers of the Duolingo language learning platform said that the number of Korean language learners in the UK has increased by 76 per cent compared to 40 per cent in the US. The numbers come from a time when the series only appeared for two weeks.

Now Squid Game has hit another target with 111 million views on Netflix. The platform confirmed on Wednesday: “This is the best of all our series.” The series premiered on September 17 and broke a record in 27 days. Netflix’s biggest hit, the Bridgerton series. In the first 28 days of broadcast, 82 million views were recorded.

Netflix rarely provides viewer data, but in both cases, one view counts for users who play at least two minutes of just one episode.

The squid game is an addictive thriller, a fun bloody and late critique of capitalism, concluded by critic Tomas Stejskal in a study on Aktuálně.cz. “Rapid decline, movement, tension and strong emotional upheaval support the seductive scenes in the middle of the labyrinths, as if MC Escher’s visual games seem to have turned into a children’s show in bright but pastel muted colors. Even fair rules.

The Squid Game series is on Netflix with Czech subtitles. | Video: Netflix

Netflix content director Ted Sarandos said at a technology conference in California last month that the company’s popularity was holding the squid game. “We did not expect such a hit in the world,” he said.

The series has generated so much interest that South Korean internet provider SK Broadband has sued Netflix. It asks users to pay for the increased costs associated with maintenance and the unusual flow of information during the weeks that Squid Game is broadcast. At that time, the usual amount of data flowed 24 times through the SK Broadband network. A South Korean court has already ruled that the company is entitled to compensation in an unspecified amount. Netflix said it was not opposed to talks with the provider.

The video library also had to deal with a South Korean complaint whose phone number was mentioned in the series, and was filled with thousands of unwanted calls and text messages after the premiere. Netflix and Siren Pictures have promised to remove the number from the set.

The business woman said she was worried and could not change her number because her contacts with customers depended on her. When the production company offered him compensation in the amount of one million South Korean won, which is about 18,000 crowns, he refused as a very small amount.

Netflix said earlier this year that it had invested about $ 500 million, or about 11 billion crowns, in the production of new films and series in South Korea.