Football clubs in Ústí and Teplice will deepen the co-operation 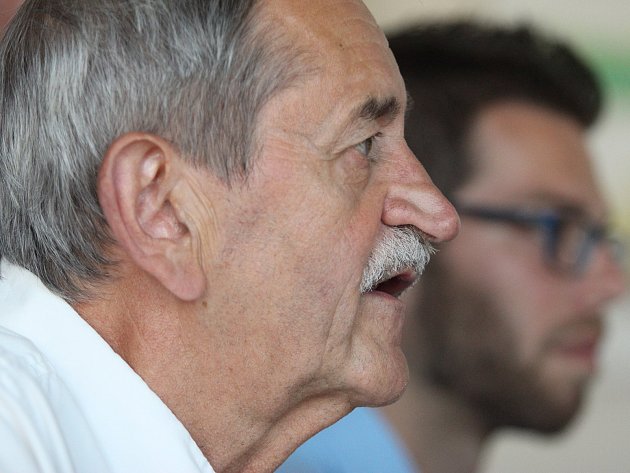 FK Ústí nad Labem and FK Teplice signed a memorandum. This defines more detailed terms of cooperation between the two clubs. This will create suitable conditions for new players.

During a press conference held in the Ústí nad Labem Municipal Stadium, Pavel Šedlbauer, chairman of the board of directors and board member Petr Hynek, was present in Teplice. In the Ústí region there is 1st Deputy Mayor Jiří Madar, Board of Directors and Youth President Václav Kožíšek and Executive Director of the Association Petr Heidenreich.

Petr Hynek recalled that the cooperation between the two clubs is already in progress. "The signing of the memorandum is the culmination of the long-term cooperation between the two clubs, which is its official confirmation." Pavel Šedlbauer followed his words: "Under certain conditions, Teplice will be able to use some players in Ústí and vice versa "said the chairman of the board of Teplice.

The cooperation between Soccer Teplá and Ústí is not only about adult players but also players in youth categories. "We are pleased to agree to help new players. Both teams work well with the youth, so young footballers have the opportunity to move on to their career," Mayor Mayor Jiří Madar added to FK Ústí.

"As a co-chair of the youth, I see a lot of positive things." Our best young players have the opportunity to develop into Teplice where they have a better base and more competition. "There are clear rules for players to play between the two clubs. players in the FK Teplice youth group, "said Václav Kožíšek.

There is a club academy in Teplice, Ústí has ​​a sports center for youth. These organizations are twenty in the Czech Republic, but two in the Ústí nad Labem region. Since the youth are no longer able to host, it was also necessary in the memorandum to determine the conditions under which youth between the two clubs can climb. "We will not deal with the funds for youth transfers. Economics will come many times when adult players are in professional football," Madar said.

The goal is to play with our own offspring

Both sides agreed that the long-term goal of business-to-business co-operation is to increase the number of footballers for a group A of their own series and not to bring footballers from other cities or from abroad.

"The philosophy of our youth department is that we want to keep the games we play." However, we are primarily interested in the players, and if it is more beneficial for their further development to be transferred to Tempey, we certainly will not defend them. it means a worse place for our club, but we decided to do that, "added Kožíšek.