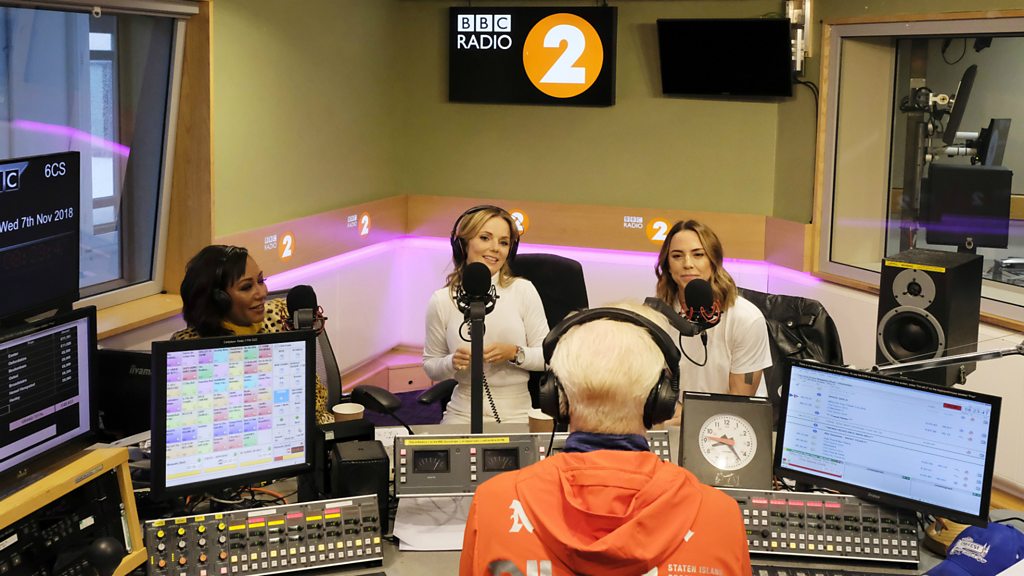 Spice Girls reunited girls have suggested that more dates will be added to the 6 UK dates announced this week.

"Lute liar, fire pants!" Melanie Brown said at Heart FM when it was reported that their tour would be only on the six concerts of the pitch.

And on BBC Radio 2 earlier, she also said "No, it's not!" when Chris Evans said the band's Wembley Stadium concert on June 15 will be their last appearance.

The tour will begin in Manchester on June 1 and will take them to Coventry, Sunderland, Edinburgh and Bristol before Wembley's Day.

Speculation is rising that more dates will be added after the sale of tickets at 10:30 GMT on Saturday.

However, the band did not respond to Evans' claim that he "knew about a fact that you have put some stages on hold".

It has also been suggested that the band might appear at the Glastonbury festival next year, although Melanie Chisholm, also known as Sporty Spice, said there are no "plans"

"It must, however," said Belle II.

During their radio appearances on Wednesday, girls confirmed that it was Mel B that was the driving force behind reunification.

"I always said we'd go back together," he told Evans. "I'm dreaming about it on a regular basis.

"It's not my job, this is my life and my girls. I would not be here without my girls."

Mel C said he initially resisted the group's reform, but eventually it was shipped.

"There were times I was not sure to do," he admitted. "But you feel different as the time passes."

Speaking of Heart, he admitted that it was "tough" to go ahead without Beckham, who said he would not participate due to "business commitments".

"Apparently it was and still is a huge part of the band," said Mel Galer in the band Emma Bunton, who along with Jamie Theakston shows the station's show.

"We support and support it".

"She works with us at Wembley," broke into Mel B, apparently in the truth.

Traffic delays meant that Bunton and Theakston had to expand their appearance after their usual conclusions at 09:00 to speak to the group.

On Radio 2, Horner was taught by her colleagues about her romance with Evans in the late 1990s. "I knew you were going to bring it," he said.

The team was initially divided in 2000 after two years of execution as a square without Geri. All five returned for a reunification tour in 2007 and a show at the closing ceremony of the 2012 London Olympics.