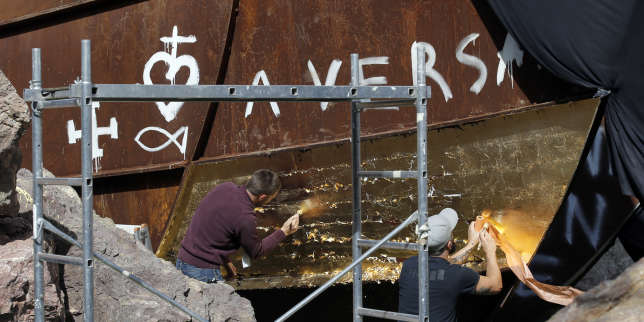 In a Facebook forum, Edouard Philippe reminds of the "relentless" figures of anti-Semitic acts over the last nine months. It was here two years.

After two years of decline, anti-Semitic acts in France increased sharply (+ 69%) in the first nine months of 2018, Prime Minister Edouard Philippe was concerned at a forum on Friday 9 November on Facebook.

"Every aggression committed against one of our fellow citizens because it is a Jew is heard like a new broken crystal"says the head of government in this step, which was published exactly eighty years after the deadly Crystal Night and its Nazi raids against the Jews in Germany, November 9, 1938. "Why do you remember, in 2018, such a painful memory? Because we are far from being finished with anti-Semitism", writes Mr. Philippe, causing the figures "Landers" anti-Semitic acts in France in the past part of 2018.

"Although it has been reduced for two years, the number of these operations has increased by more than 69% in the first nine months of 2018"continues.


Anti-Semitism and racism at university: the minister believes that "it is everybody's job"

Strengthen the fight against cyberhaine

Following the anti-Semitic attack in Pittsburgh in the United States at the end of October, Edouard Philippe reiterated his determination to "Do not let anything pass" anti-Semitism in France.

Referring to Elie Wiesel's survivor of Nazi camps to warn "Risk" of "Indifference", the Prime Minister ensures it "The government just chose not to remain indifferent", recalling the decisions taken in recent months.

The government is preparing for 2019 an amendment to the law to strengthen the fight against cyberhaine, putting pressure on Internet operators. "From mid November", a national team will be mobilized "Permanently" the Ministry of National Education to intervene in schools to support any teacher facing anti-Semitism, he says.

The plan of the recent Prime Minister against racism and anti-Semitism provides for experimentation"Network of researchers and judges specially trained in the fight against hate crimes", which could be extended to a national level, as well as an electronic complaint submission mechanism to promote reporting.


Anti-Semitism, a reality difficult to measure with precision