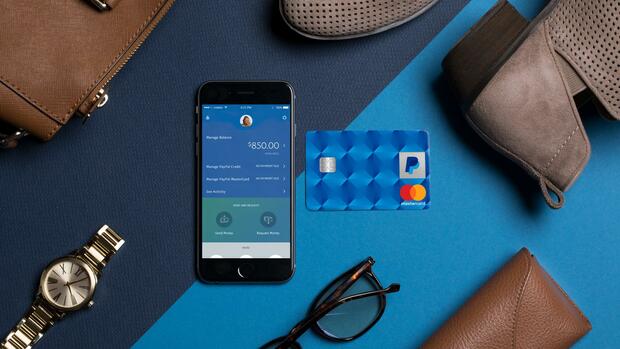 "Paypal Businesskredit is an extension of our bid for the German market," says Luhnen. The target group is small and medium retailers already offering Paypal.

A corresponding Paypal for online stores already exists in the US, Australia and the United Kingdom, where the product is called "Paypal Working Capital". With the help of the loan, the online payment service can reach dealers even closer.

The company is "more than just a payment method with a strong consumer base," said Luhnen. Paypal understands herself as a partner of the dealers.

In the business group

Paypal's chief, Dan Schulman, had already announced that the group wants to offer dealer loans in Germany one and a half years ago. Through another offer, Paypal Plus, online stores can also pay through a direct debit and pay credit card via Paypal.

Although Paypal clearly focuses on the target group of traders with the loan, it is still a challenge for established banks. For three years, German financial institutions were trying their luck with their Paydirekt payment service to defy the big competitor – so far without much success.

In addition, the US online payment service only in October to pay by the smartphone was introduced. Nearly 21 million German Paypal customers who have an Android phone can use the Google Payphone payment method, Google Pay, through the Paypal account.

As with dealers' loans, Paypal uses its Luxembourg banking license. Germany is the third most important market for Paypal after the United States and Great Britain.

In the US, Australia and the United Kingdom, the Paypal loan has been in existence for five years. Since then, more than 170,000 companies have borrowed from $ 6 billion of PayPal money.

The specific feature of credit: Electronic payment service does not calculate interest, but requires a fee – the amount does not depend on how long the payee needs to pay. Repayment of the loan is made through the trader's sales, which are entered into his account.

In addition, Paypal promises to decide in a few minutes whether a merchant will get a loan or not. If so, the loan amount can be paid directly to your Paypal account. For the examination, he uses the data he has collected for the trader anyway.