The question of a German who left Alexis Tsipras speechless (video) 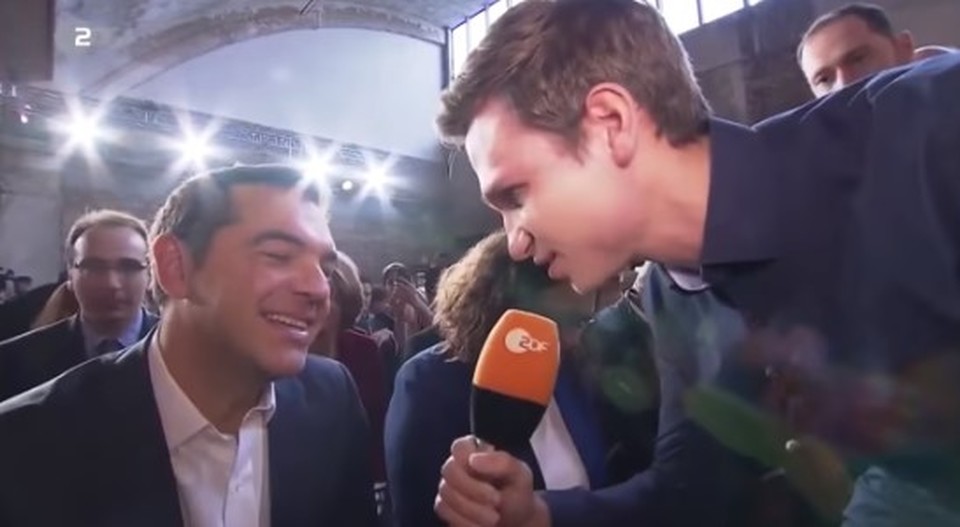 An embarrassing incident for Greece and Prime Minister Alexis Tsipras has become viral in recent times on the Greek Internet.

In this quote, as the "Elythere Press" says, Alexis Tsipras appears during his participation in the SPD conference in Germany. A German journalist approached him and asked him a question that made him feel uncomfortable.

"Did you come here to see something more from Greece?", The journalist asks the room to laugh. Alexis Tsipras, however, instead of putting the journalist in his post, was left with a confused smile trying to articulate a word.

Then the Greek prime minister responded to the reporter saying she felt very comfortable hearing Mrs Andreas (German MP) speaking with such a leftist speech, which made him feel more comfortable in the SPD debate. This phrase made Mrs. Neil so happy that she gave a kiss to Mr. Tsipras, making the room again to laugh.

It is noted that the journalist was from the German channel 2DF and in particular the satirical show Heute-Show, which was at the conference to satirize the Congress of German Social Democrats.

Tsipras at the SPD conference