As Delhi struggles against pollution, the local government's own trucks make the garbage visible 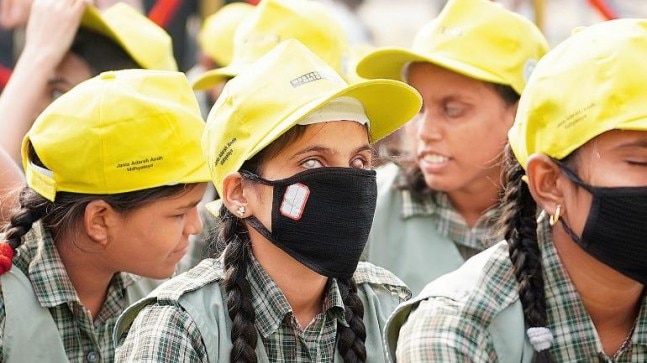 The quality of the air in the national capital and the surrounding area showed a slight improvement on Saturday, while AQI decreased by 340 at 4 am, compared to 370 a day earlier.

In order to overcome the epidemic occurrence of severe air pollution in Delhi / NCR, the Ministry of the Environment has notified a qualified action plan (GRAP) in accordance with supreme court orders.

According to this plan, Delhi's shipping department had to take some measures to limit the entry of non-land vehicles into capital, check overloads and allow valid PUC-certified vehicles.

Delhi's Minister of the Environment, Imran Hussain, on Saturday completed a surprising inspection of the joint transport department and the DPCC near Delhi UP near Gazipur Landfill.

Husain directed the enforcement wing of the shipping department to immediately stop the seemingly inappropriate heavy vehicles and ask the drivers to produce the vehicle.

And on the spot, challan was issued for vehicles that were overwhelmed and without valid PUC certificates. The minister also ordered the shipping department to submit the daily situation of the number of violations on Delhi's borders and the steps they have taken.

The team also picked up a few lorries carrying uncovered construction materials and a heavy-duty truck was also confiscated.

It was also found that many East Delhi Municipal Corporation (EDMC) trucks transported uncovered garbage on Gazipur landfill sites. The ten EDMC lorries with uncovered garbage stopped and when drivers were asked to present the papers, nobody could show vehicle documents.

On Monday, the Environment Minister called on all Delegated Agencies to meet at the Delhi Secretariat to discuss addressing the situation of pollution.

Also read: Delhi air Diwali will be very bad. 10 things you can do this weekend not to ruin it

Get real-time alerts and news on your phone with the new India Today app. Download from here
[ad_2]
Source link
Share