John Lurie had a dream for Anthony Bourdain before New York 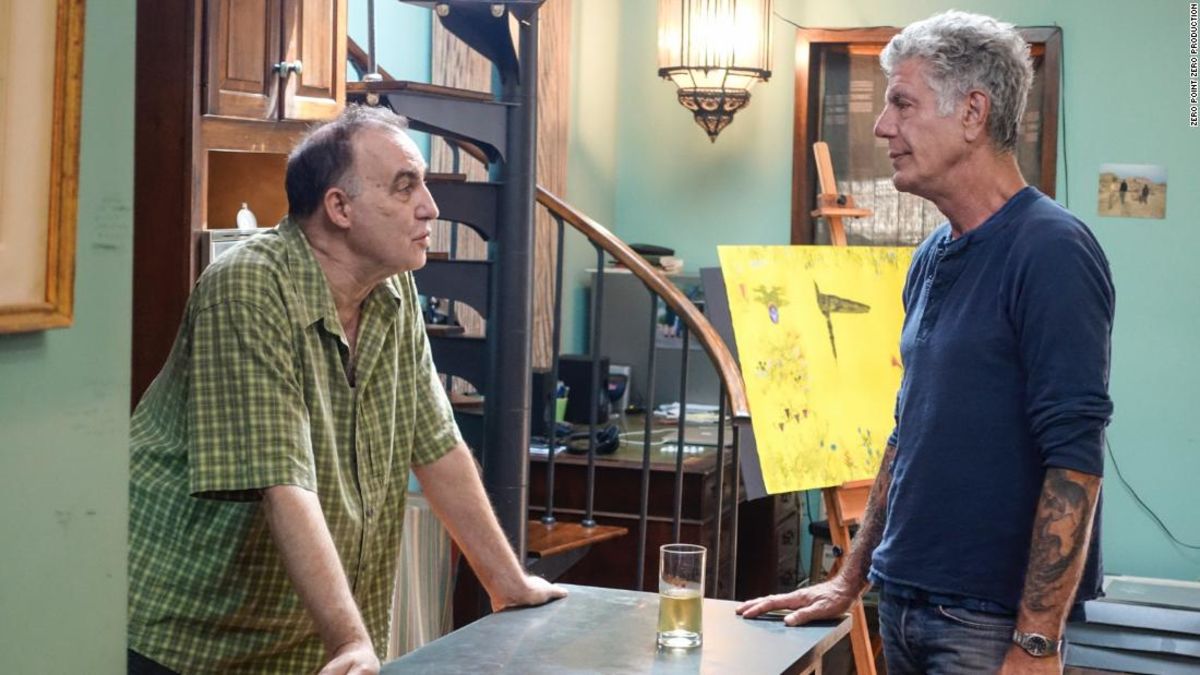 (CNN) – Like Anthony Bourdain, the artist John Lurie was familiar with the Lower East Side of a different, undoubtedly risky era.

In the LES episode, "Part Unknown," the last episode of the series, Bourdain goes back to the altered neighborhood by searching for people who lived there before exhaustion before reaching Whole Foods before becoming almost unrecognizable. Few if any, aspiring musicians or artists can afford the steep rent and luxury restaurants that define the area now.

After lived in the city's neighborhood, when rents were cheap and heroine was in every corner, Lurie says he "liked the Lower East Side when it was dangerous."

This was in the late 70's and early 80's a few years before the famous Tompkins Square Park Riot where the beating in a park of NYC Parks, of the 1 pm ban, led to a conflict between demonstrators and police. For many reasons, the police were responsible for the violence that followed and are said to have failed in their efforts to bring harmony.

Lurie is not so much a fan of the region now – shining and scenery – explaining: "There was a time when it was hard for you and it was for some reason, now it's something different, it feels like a lot of right walking around on cell phones.

It no longer resembles the place where Bourdain went to buy the drug or where he was walking far to the east asking for trouble.

But Lurie let LES clear his act. Lurie describes LES as "walnuts," but also "colorful and remarkably peaceful", although he remembers things to have a different, darker tone when Rikers Island men were released due to overcrowding. The customs say that the Rikers men "literally started knocking and even killing all the bums." This is the case when he left, after an incident where someone broke a bottle of beer on his head.

Here's a concise and edited version of CNN Travel's conversation with Lurie:

You are in the LES episode with Anthony Bourdain. How did this happen? Why do you think the team and Tony arrived at you?

We've known each other for some time. Kind of fellow travelers, and it's weird that we had never met before.

We started to watch each other on Twitter and send private messages back and forth.

But I'll tell you the most odd thing – I was sleeping in the afternoon and I had a living dream about Anthony and I'm on the radio, talking to people about how to curb Twitter addictions.

I stumbled down and there was an email from which I was asked to be on the show, which must have been written exactly when the dream was happening.

Was it a "Parts Unknown" fan before turning around with Tony?

Did you read any of Tony's books and followed his career so far?

I read "Confidential Kitchen" when it came out.

What was your first impression of Tony? Can you describe this first meeting?

The first time I met him was when he came to my place in New York to shoot the department. The crew was already there, and it was surprisingly enjoyable and respectable to have in my place, which can often irritate hell from me. He then walks in and has no predisposition, is almost free of me. I loved him right away.

Then he has a glass of apple juice and although he has his crew there and I have an assistant, he goes to wash the glass himself when it's over. I thought, "Oh well, a human being."

Having drank a glass of apple juice in John Lurie's LES apartment, Bourdain washes himself, which made Lurie.

What do you remember most about working with Tony? What distinguishes you above all? Or, if there are a few things, please feel free to share them.

He was courageous and fought for what I think is the right thing, but he was gentle.

In the LES episode, you cook Tony a boiled egg. That impressed me as such an odd but interesting choice and scene. Can you share the background?

He went around the world that eats exquisite and exotic meals. He will eat a dog's mind and say he was tasty. I wanted to see if he would say that my boiled egg was wonderful. I was just a fool in a way I thought he would appreciate it.

And did you appreciate the silly gesture?

I certainly hope so.