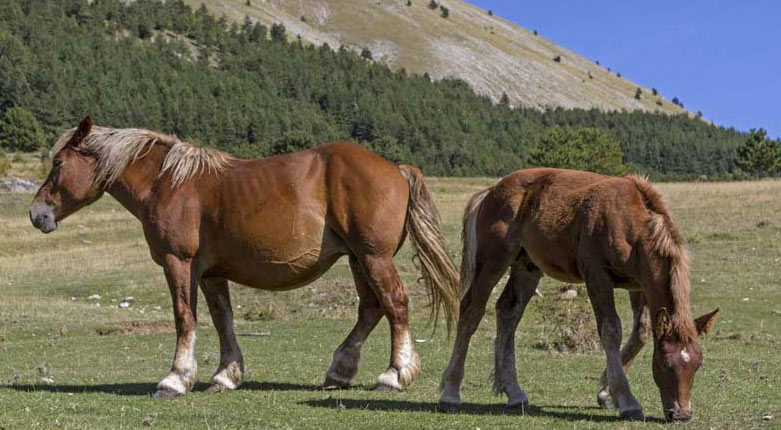 The disease, caused by a virus from North Africa, is caused by mosquitoes. It can lead to severe forms of encephalitis and, in severe cases, lead to death.
The disease is of particular concern in the Po Valley.

TheTHE PROFESSIONALITY OF L AQUILA 160 CHECKS IN AGRIA, BY THE ASL VETERINARY SERVICE, UNDER THE PREVENTION OF "ISOLATION OF THE ISLAND", NEW DISEASES AFFECTING ANIMALS AND HUMANS.
NO SITUATION AND NON-CONFIDENTIALITY

THE ADVICE ON RISK REDUCTION

L & AQUILA – 160 horse tests carried out in the province of Aquila this year as an act to prevent ASL's veterinary service for West Nile Disease, a disease that has so far not been registered in the provincial area, which infects humans and animals with a very severe form of encephalitis.

The pathology, resulting from a from North Africa, is of particular concern, particularly in the Po valley areas. In Italy, in recent years, the Western Nile has so far caused 19 deaths of people from 148 established cases.

On the peninsula, animal health services are being mobilized both to treat infected animals and to control the possible spread of the disease. In the provincial district, the competent veterinary service of ASL carries out rigorous checks, precisely to apply extensive preventive action: in 2018 the samples examined (160) were much higher than expected (114). All checks have produced negative results, but this does not lead to a reduction of the guard because, as mentioned, the disease is very insidious.

Western Nile Disease is preserved in nature with a mosquito-bird-mosquito transmission cycle: Mosquitoes are infected by nasal birds. In the mosquito the virus is replicated and is located in the salivary glands for transmission to the vertebrate host (bird).

In humans, the symptoms of the disease are: fever, headache, sore throat, muscle and joint pain and, in severe cases, meningitis, encephalitis and poliomyelitis. Vaccination of the virus from the mosquito to the horse leads to severe encephalitis that generally precedes the infection in humans. The introduction of this virus from North Africa is due to a number of reasons: migratory birds that may reach spring in some Italian regions, warming up, moving tourists to the countries where the virus is circulating and, if infected, developing the pathology when returning to peninsula. "As a helpful advice to reduce the risk of exposure to mosquito bites," ASL's vets say, "the indication, in addition to using repellents, is to limit the wet positions near the house where the mosquitoes are reproducing and emptying at least once a week) water from saucers, pet bowls, buckets, barrels, etc. "

The West Nile is just one of the animal-to-human diseases that have occurred in recent years in the area of ​​new viruses.