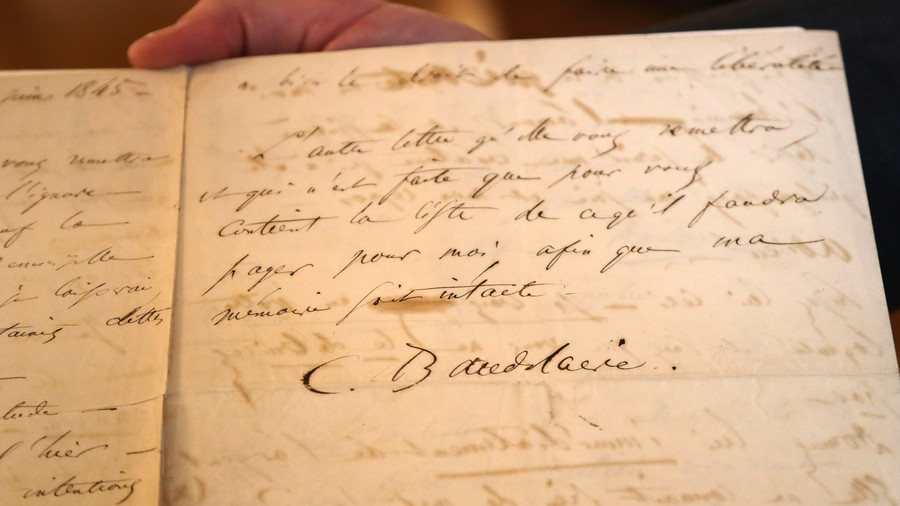 The letter was written by a depressed and financially stretched 24-year-old Baudelaire in Jeanne Duval's mistress in June 1845.

"When you receive this letter, I will be dead …. I steal myself because I can not continue to live, I can no longer endure the test of sleeping or waking up again," He wrote.

The poet was stabbed on the chest on the same day that the letter was written, but survived to live for another 22 years until he died of syphilis in 1867 aged 46 years.

The letter was bought by a private collector on Sunday at Osenat auction house, which sells a series of last poet's letters and original works. Baudelaire is more famous outside France for the collection of poems of "Les Fleurs du Mal".