Supreme Court to decide today on Muse vs. Shafie as chief minister Sabah 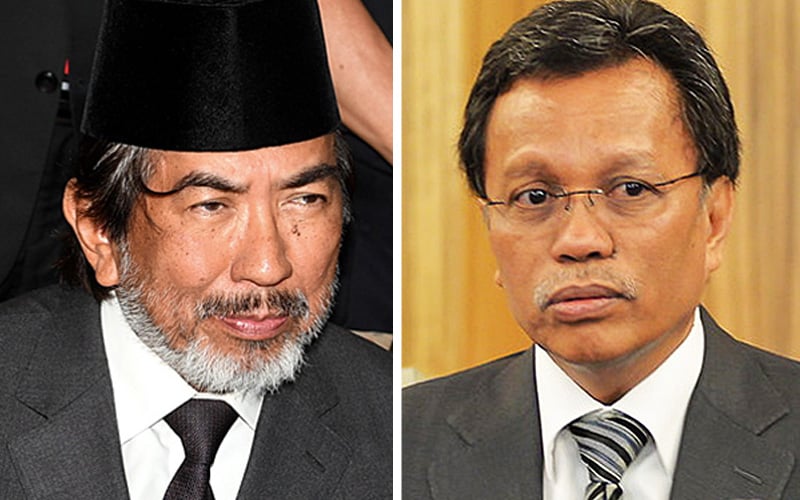 KOTA KINABALU: The Supreme Court will today decide who is the legitimate prime minister Sabah, Shafie Apdal or Musa Aman.

Judge of Kuching Supreme Court, Yew Jen Kie, is scheduled to take the decision at 3 pm in a complaint filed by Muse to challenge Shafie's appointment as a new chief minister.

Mousa initially filed a summons against Shafie on May 17th but later withdrew it.

In June, he filed a summons requesting, among other things, the statement that he is the legitimate prime minister Sabah, who was appointed on May 10 by Juhar.

The summons do not require a trial, while lawyers from both parties submit submissions and jury assertions to support their case. An appeal in the meantime requires trial with witnesses being asked to testify.

In the complaint, Musa was named Juhar as the first defendant and Shafie as the second defendant. He requested the statement that Shafie's appointment as chief minister on May 12 was illegal.

He also asked to state that he remained the legitimate Minister Sabah, and said there was no recall or dismissal of his appointment.

Musa also claimed that the first defendant (Juhar) had acted unconstitutional in order to appoint Shafie as a cabinet member and to declare that all the acts of Shafie and / or his cabinet after his alleged appointment as head minister are invalid and void no effect, as well as loss-making.

Moussa was sworn in as prime minister on May 10 after gaining a simple majority in the 14 general elections. However, he lost the majority when several colleagues from Umno and Barisan Nasional recommend Upko to jump off the ship to support Shafie-led Warisan.

In all 35 categories, Moussa, 67, was accused of attracting bribes from eight owners of timber concessionaires during his tenure as chairman of the Board of Directors. The offenses are said to have been committed at eight financial institutions in Hong Kong and Singapore between December 2004 and November 2008.

Judge Rozina Ayob granted Musa, a consultant to Sungai Sibuga, a RM2 million guarantee with two insurances and ordered him to hand over his diplomatic and international passports to the court pending the release of the case, which is scheduled for petition on 13 December .

He allowed Muse to pay the guarantee in installments but left the full amount on Monday.