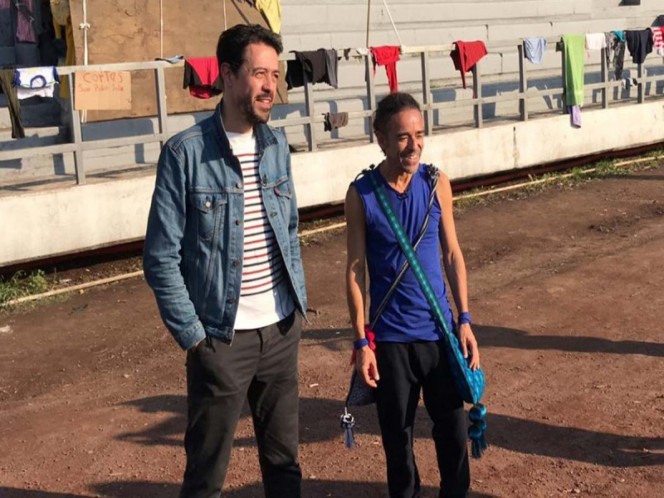 Members of the team Café Tacvba They lived with the migratory caravan at Jesús Martínez's Pálilo stage, in Ciudad Deportiva, the Iztacalco Mayor's office.

During the tour, Rubén Albarrán and Emmanuel del Real sang and took pictures with the group of people who began arriving in the building last Saturday.

Some seeking to reach the United States recognized them and were surprised at the presence of two of the members of one of the Mexican music groups that crossed the border.

Both members welcomed immigrants and called for Mexican support to help people seeking to reach the United States.

They commented that no individual should leave the country because of problems or situations endangering their lives. They therefore called for Mexican understanding and avoiding xenophobic attitudes against them.

Any one of us may need to start walking, leaving behind his life, his family, things, all of these people have definitely suffered some sort of harassment, persecution, or they do not find the right situation to maintain a family and should migrate, walk, have to take risks, "said Rubén.

The #CaravanaMigrante located in #CDMX It will take two more days to decide who lives in Mexico and who is going #EU. In the meantime, they received the visit of Rubén Albarrán and Meme del Real de @cafetacvba, who shared some songs pic.twitter.com/FGVYqdEwOW