a famous doctor who is being prosecuted for a medical mistake 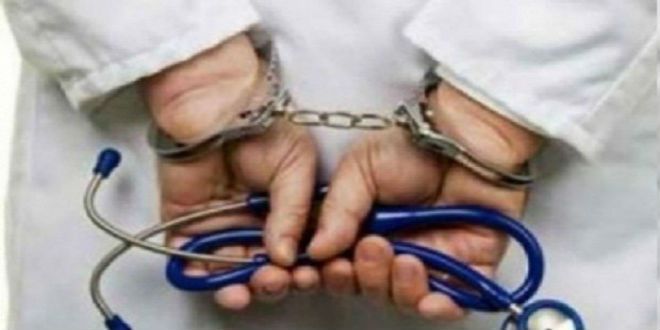 The prosecutor has decided to prosecute a famous doctor in Casablanca for murder following a complaint filed by the patient's family.

According to Al Massae, the family accuses the doctor of making a medical mistake, causing his relative's death. And add that the case came to court when the results of the autopsy were revealed, proving that the death of this mother is due to the complications caused by that doctor during surgery in a hospital. clinic in Casablanca.

The latter will be prosecuted for homicide in accordance with Article 432 of the Penal Code and the first hearing of his trial is scheduled for 28 November.

According to the report, the children of the deceased have filed a complaint after finding out that their mother has been the victim of a medical error during the operation of the digestive tract. After the procedure, the patient's condition continued to worsen, forcing her children to see another doctor who told them the truth. Eventually he died in one of the city's clinics.

In addition, the bad cause had called on the complainants to take their mother out of the clinic, although the surgical sore had not yet healed. In addition, he had told the deceased's family that he was suffering from cancer, based on the results of the blood tests conducted in a laboratory he recommended. After repeating these tests, it turned out that the patient had no cancer, prompting her children to submit a complaint without waiting.