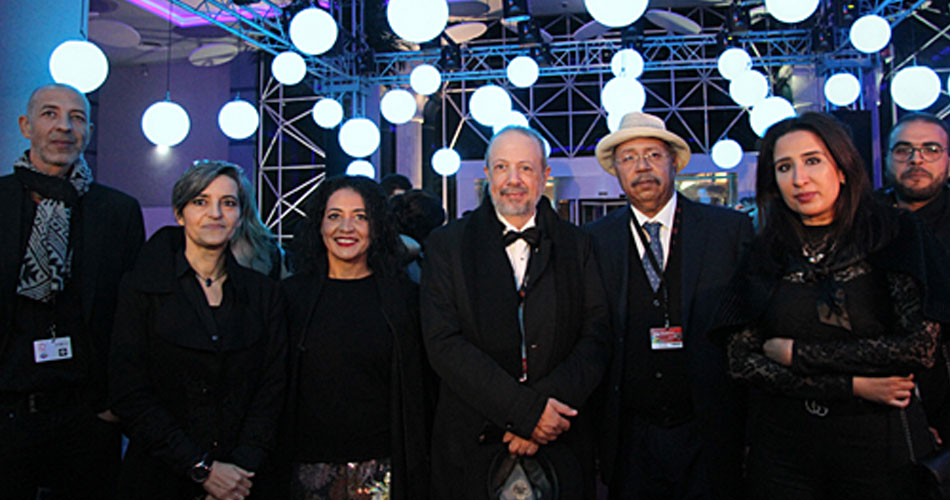 Narjiss Najjar's fantastic feature film "Apatride" was screened on Saturday at the City of Culture Opera in Tunis, opening the ball at the 29th Carthage Film Festival (JCC) by November 10th.

In 2017, this extra-curricular TSE film faces a sensitive part of Moroccan history, namely the expulsion of 350,000 Moroccans from Algeria in December 1975. The film, which was attended by a large audience of filmmakers, talks about the story of a A 35-year-old woman, haunted by a childhood torn by this forced exile that separated many Moroccan-Algerian families.

Designed as a myth, the film aims to co-ordinate modern conflicts in many parts of the world (from the Middle East to West Asia).

Three Moroccan productions are in an official competition on Carthage Film Days, which will continue until November 10th.

In the category of the official competition, "Laaziza" by director Mohcine Basri and "Sofia" by Meryem Ben Mackerel will be on the run for the Golden Tanit festival alongside "The Mercy of the Jungle" by Joe Carezi (Rwanda), Malila by Meh. Ekwa Bahango (DRC Congo), Merzak Allouache (Algeria) and Yara "The Divine Wind" by Abbas Fadhel (Iraq).

Also featured in the official competition are the Tunisian films "Dear My Child" by Mohamed Ben Attia, "Look Me" by Mahmoud Ben Mahmoud and "Yomeddine" by Egyptian AB Shawky, the unfinished journey " Syrian Joud Said and Rafiki by Kenya's director Wanuri Kahiu.

"We could be heroes" by Moroccan director Hind Bensari will compete in the feature film feature of the official documentary contest that will attend the participation of 11 film productions.

In the program of this film category is "Father to son" by director Talal Derki (Syria), Ghassan Halwani (Lebanon), "Fahavalo, Madagascar 1947" by Marie-Clémence Andriamonta "Gray, Ascendant of the Invisible" Jean-Marie Toto "(Cameroon)," Kinshasa Makambo "by Dieudo Hamadi (Congo DRC)," Meet my Father "by Alassane Diago (Senegal)," Silas "by Nayar Anjali (South Africa) Tranche de Vie "of Nasreddine Shili (Tunisia), as well as" Amal "and" You Come From Far Away "by the Egyptians Mohamed Siam and Amal Ramsis respectively.