Is this Taylor Swift driving a Lime Scooter in Auckland? Probably not 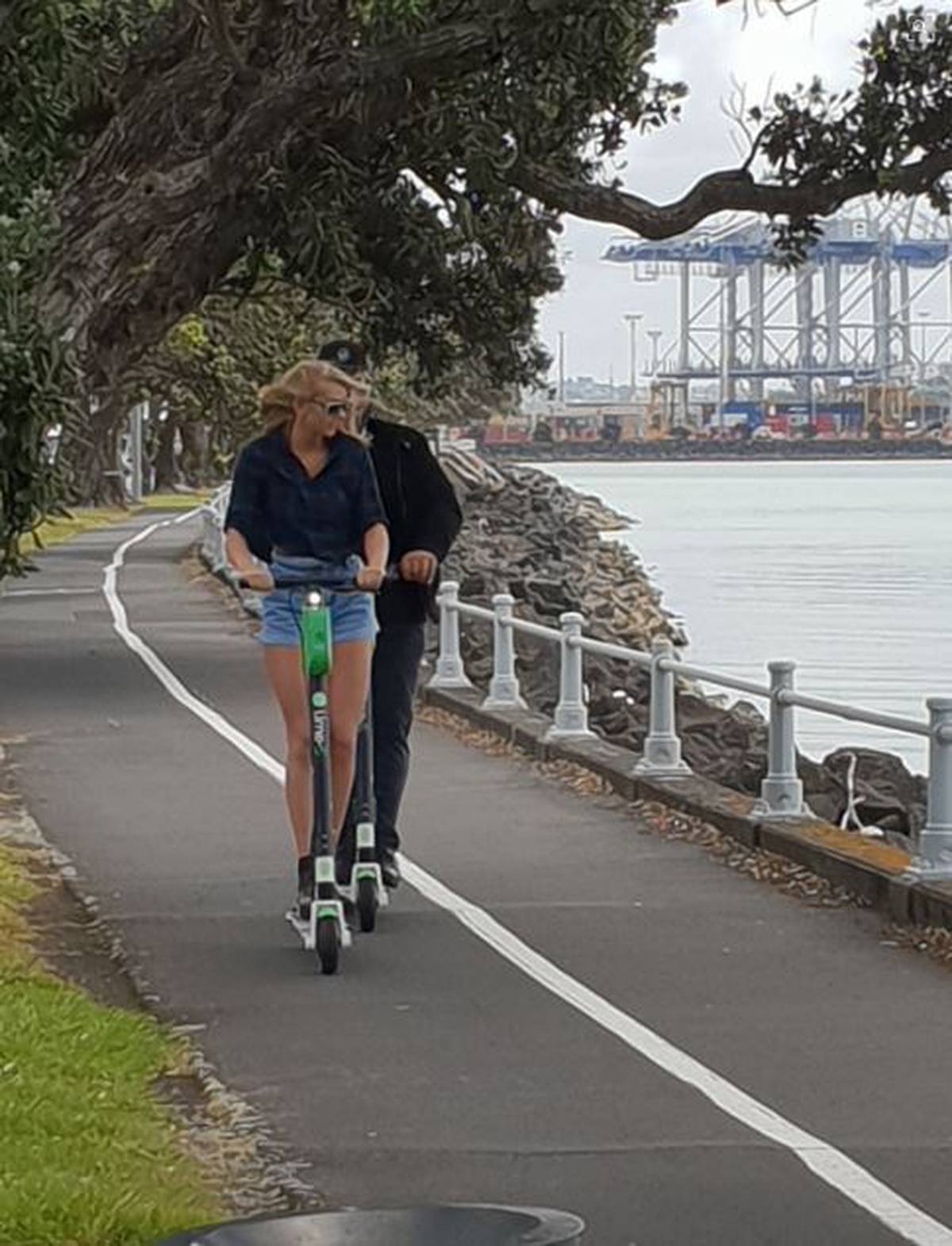 Someone who is (perhaps not, but perhaps) called Taylor Swift was reportedly reported riding a Lime scooter at Tamaki Drive near Mission Bay, Auckland, this morning.

This person, who is almost certainly not world hitmaker Taylor Swift (but it sure looks like it), was spotted by Auckland barman Ben Prince-Saxon on Friday morning.

Prince-Saxon has published two seemingly pictures of the person who is very unlikely to be Taylor Swift leading a Lime scooter to Tamaki Drive, which looks very much like a security guard following his back on another Lime scooter.

"Once you saw @ taylorswift13 in a Lime Scootering through Misson Bay!! Tf hahaha buzzy s ***," he wrote along with the two photos, around 11:30 am.

Taylor Swift – as in real Taylor Swift – will be featured on Mt Smart Stadium this evening, her first appearance on New Zealand's stadiums.

Prince Saxon, who previously attended one of the American theatrical competitions but did not go tonight, said Herald he was sure the rider was Swift.

"I was so excited that it's not every day you see someone who's famous."

Although the shy 18-year-old did not say a word, the two shared a moment.

"He gave me a little smile. I was like, woah, got my heart racing."

The lime scooters are in the titles for all the wrong reasons, with some riders leaving a trail of chaos as the load of injuries.

But Swift was unlikely to be among them – he was a sure rider, said Prince Saxon.

"He was pretty sure he looked like he did it somehow."