Equinor resumes Sture and production from the oil fields 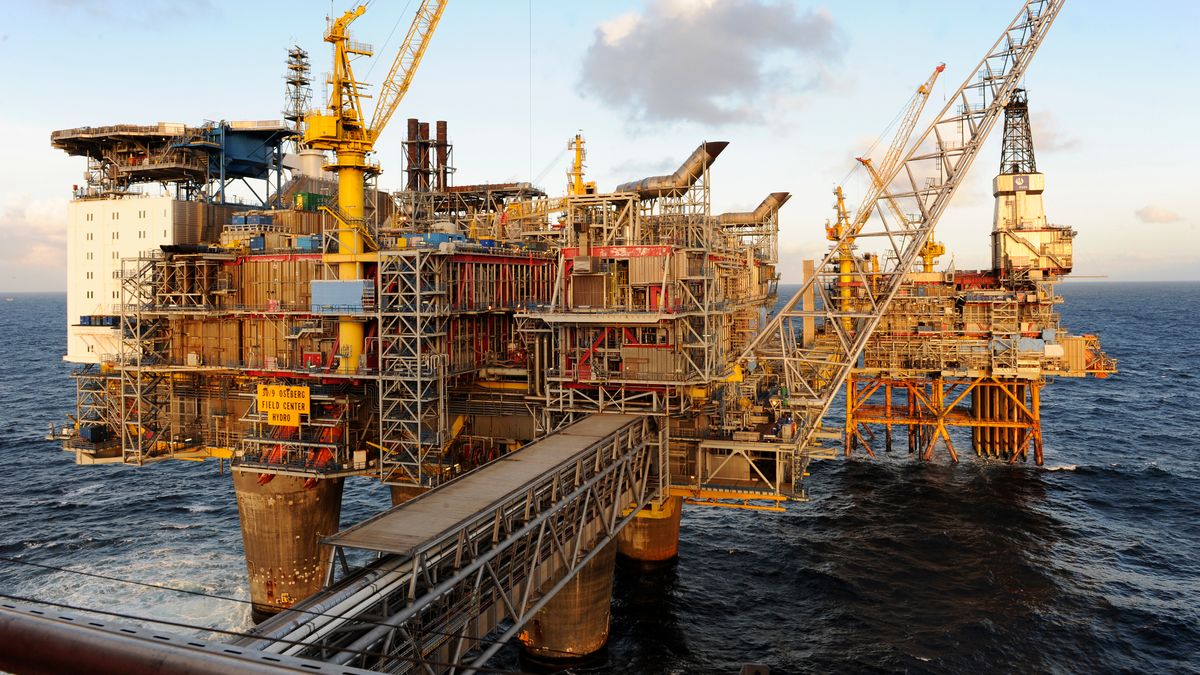 The KNM frigate Helge Ingstad has a powerful battlefield and is in danger of sinking after a collision with a tanker in the Stureterminal in Øygarden early this morning.

The ship is steadily growing at the side and parts of the boat are underwater, the NTB says. The ship must have a large flange in the hull on the right side.

As a result of the accident, Equinor chose to close the Sture terminal as a precautionary measure.

This meant that more oil fields had to stop production.

A total of five oil fields were interrupted due to the accident. Field oil is shipped to Sture Terminal for loading in oil tankers.

Equinor also closed production in the Grane, Oseberg and Troll A sectors, but production continued on Troll B and C, Kvitebjørn and Visund.

Rystad Energy considered closing the Sture terminal would mean that 365,000 barrels of oil a day would have to hold back and it would take several days before the terminal was ready to accept oil again. The punch was, with others, much shorter than she was afraid of.

The Sture terminal can store about six million barrels of oil. It receives oil production through two pipelines, the Oseberg transport system (OTS) and the Grane oil pipeline (GOP).

Analyst chief Per Magnus Nysveen tells Teknisk Ukeblad that they have yet to calculate the cost of losing oil production and gas shipments in Europe.

Even with a break in five to seven days, the company did not believe the financial consequences would be very large.

– For oil, this means that an average of 85,000 barrels are produced less for November. This is still the case, for example in relation to maintenance. Since we only talked about stopping for a few days, that would not say much about the quarterly economy of the companies concerned, "he said, before it became clear that the terminal was restarted on Thursday afternoon.

The incident has led to a decrease in deliveries in Europe. Gassco has worked to minimize the consequences for Norwegian gas companies and recipients in Europe. They do not want to say how big reductions they are talking about, but the plant accounts for 30% of gas supplies in Europe.

"We optimize gas transport by leveraging the flexibility of the integrated network," Gassco writes.

Equinor writes in a press release regarding the conflict that they are gradually finishing work on Sture.

Sture Terminal, north of Bergen, is an oil and gas terminal and a port of crude oil and liquefied petroleum gas.

Elin Isaksen, a press officer at Equinor, told Teknisk Ukeblad that she has chosen to take precautionary measures and therefore decommission the facility, where only emergency preparedness operations remain.

"There was a conflict and there is a frigate, as we do not know what will happen, it is the framework for our appreciation." We appreciated the situation and we found that this is the right thing, "Isaacsan explains, who does not want to focus on the threat sets the terminal.

Staff without emergency services are also evacuated. Demolition and evacuation take place as a precautionary measure.

There are only seven teams left in the terminal. Equinor's standby organization in Stavanger is also on hold. Isaaken points out at the same time that the chief rescue center and the police are directing the project.

Equinor was informed of the incident around 4:15 on Thursday. The company has been in dialogue with the authorities and has mobilized emergency preparedness resources to help the police and the head rescue center.

The tanker was at the exit of Soter Strumermin, full of oil, when it happened, according to jailer Ole Jakob Hartvigsen in the 110th district of Hordaland.

All KNM passengers Helge Ingstad were evacuated to the Stureterminal. Today there is no danger of the tanker sinking or leaking.

– There are minor damage to the tanker. He is in the fjord and will go to earth when the situation with the frigate has been clarified, Walle says.

Deputy Director of Nofo, Frode Bergesen, told Teknisk Ukeblad that they were briefed this morning on the Coast Guard incident.

"In connection with the ship's collision between KNM Helge Ingstad and the TS Sola oil tanker early this morning, Nofo was notified by the Coastal Administration and asked to be a permanent city in the event of a need for oil resources. from 05:00 and was ready for help, he explains.

So far, Nofo's resources have not been needed and the Norwegian coastal administration reports that the situation is under the control of the oil spill. Nofo thanked the monitoring team at 08.30.

"But we are watching the situation, and the staff will be needed if the Coastal Administration calls for oil spills or other oil spills," Bergesen said.