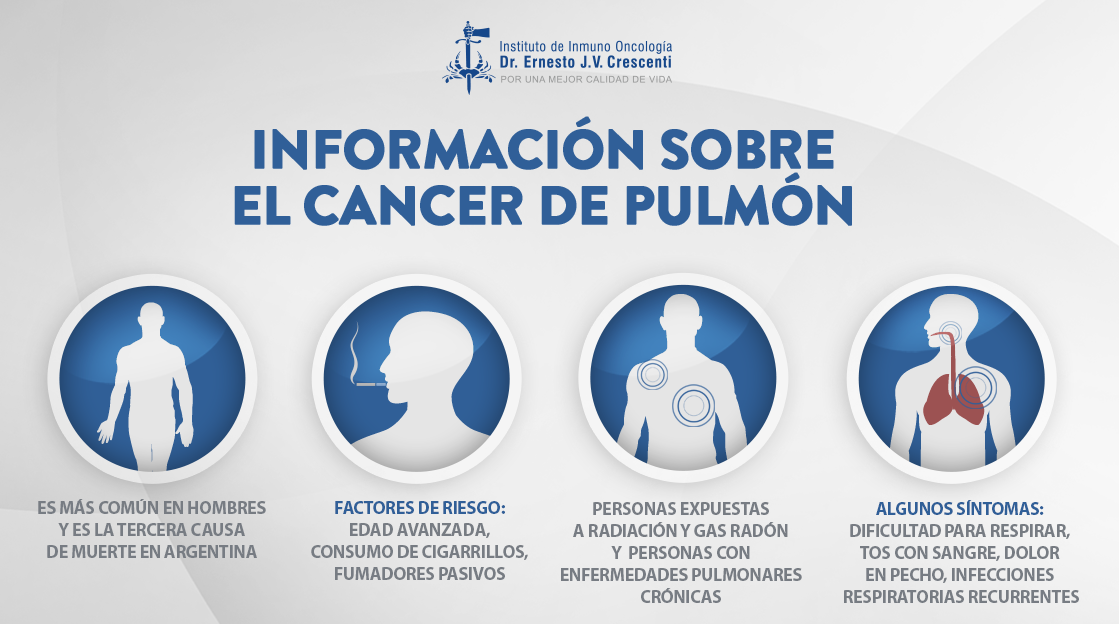 The next 17th of November is International Lung Cancer Day and it is a good opportunity to realize the implications of one of the silent enemies that causes it and this affects millions of people all over the world. 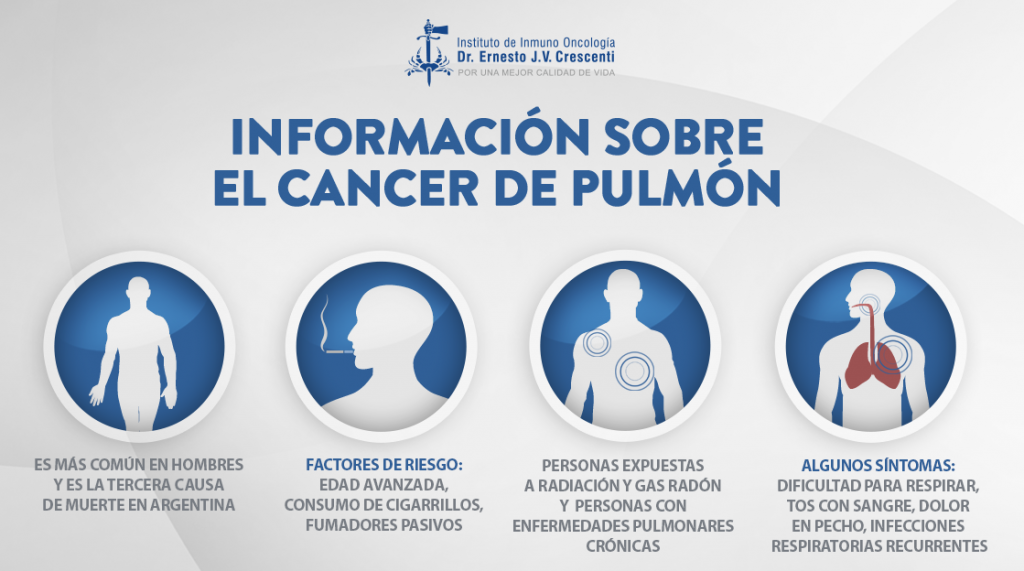 Pulmonary cancer: Third cause of death in Argentina

Tobacco is the great ally of this disease. The deaths caused by cigarettes occupy the first placeon the scale of preventive deaths in our country and in the world.

The lung is an organ composed of thin tissues that are in direct contact with the environment through the inspired air, which is carried by the airway. With exposure to various factors, pulmonary function is exacerbated, but it may be years until the problem becomes noticeable. This scenario is very common in the case of lung cancer, a disease that has been developing for several years and is difficult to identify in its initial phase, so it is very important to recognize the factors that prompted the corresponding preventive measures.

When the lungs get sick, their deficiency is inhibited in the rest of the body, causing serious conditions that can endanger the patient's life. Although each person may have different symptoms, and even if not, the most important symptoms are: dyspnoea, persistent cough, wheezing, blood cough, chest pain and repeated respiratory infections such as bronchitis or pneumonia.

Tobacco is the first destroyer of the respiratory system and the deaths caused by smoking are the first to scale that can be avoided throughout the world. Smoke consumption closes the arteries, increases the likelihood of sudden cardiac death, causes stomach ulcer, generates chronic obstructive pulmonary disease (COPD) and is closely related to Lung Cancer, larynx, oral cavity, esophagus, pancreas, urinary tract bladder, kidney and cervix.

Smoking cessation advice is vital so that smokers have a better quality of life and know that the damage is irreparable and dose-independent, the earlier the smoking habit begins and the greater the number of cigarettes will increase the risk of suffering from this disease.

According to World Health Organization (WHO) figures, smoke kills more than 7 million people each year, of which more than 6 million are consumers of the product and about 890,000 are non-smokers exposed to passive tobacco. In addition to the risk of lung cancer, passive smokers are more likely to develop various respiratory and coronary heart disease.

It is very important to adopt healthy lifestyle habits, to regularly check with your doctor and avoid exposure to toxic elements that predispose to the development of tumors. In the case of a family history, who is or was a smoker or passive smoker, it is recommended that the lung be monitored periodically.