Inside a engineering workshop, a spark of welding arrived in a gas balloon and triggered the fire of four Erick El Rojo intermodal buses in Trujillo, a few meters from the terminal of the aforementioned transport company.

It was 11 am on the morning of November 7, Limberg Timoteo Yacsahuanga, 65, doing welding work for the well-known transport vehicles that circulated Trujillo, when a gas balloon exploded and started fire.

Everything happened in the urbanization of Santa María. Neighbors of this area Trujillo They heard a strong draft and then a black smoke cloud began to cover the place where the buses were repaired. 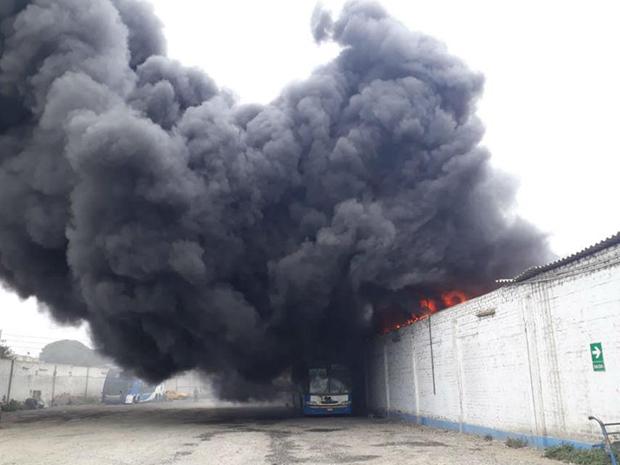 Company staff no. 26 firefighters, security and civilian security officials Trujillo watched the emergency and removed from the area before the likelihood that it fire reach other adjacent units and residences.

After the explosion, Timoteo Yacsahuanga was evacuated to the hospital in Bethlehem Trujillo with third degree burns on the face and hands. His state of health is subtle, according to medical sources. 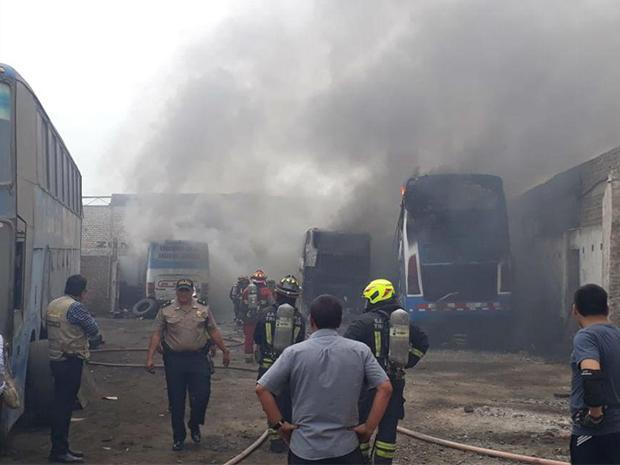