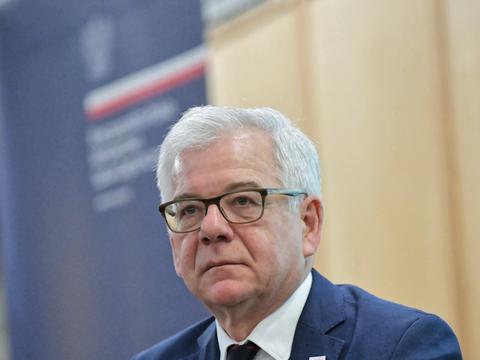 As the Minister noted, referring to the questions asked by journalists in Steam on the participation of world leaders in the celebration of the 100th anniversary of Poland's independence in relation to the festive events in Paris, "it is difficult to expect the leadership of the leading countries the same day ". He also said that there was never any intention of becoming "competitive races" in Poland towards these Parisian. – We are implementing a strategy on this issue – he added.

Around the November 11 celebration, there were views that the authorities did not prepare the appropriate ceremonies. The idea of ​​all sides of the political scene took place in March of Independence. Today, Prime Minister Mateusz Morawiecki has confirmed that he will not participate in March of Independence. – We do not want to participate in an event where provocateurs may be present and organizers of March independence are unable to secure the peaceful course of the event – said in an interview with the Gazeta Polska weekly.

– Unfortunately, the environments organizing this course did not agree that only white and red flags will fly to it so that there are no banners. In connection with this attitude, we resigned from attending this event – said the head of government.

Finally, Andrzej Duda will not be on the move. Presidential spokesman Błażej Spychalski said that the Office of the President called for Independence March to be just white and red flags, but the organizer was not in a position to ensure that "other things will not occur". He added that it was extremely important for the president's decision.

Opposition politicians have pointed out that due to the celebrations planned in Paris, the leaders of the states will not come to Poland. – There have been attempts to make this festive day different, but some feared that if we do not on November 11, critics will say I escaped – former Foreign Minister Witold Waszczykowski yesterday told RMF FM.