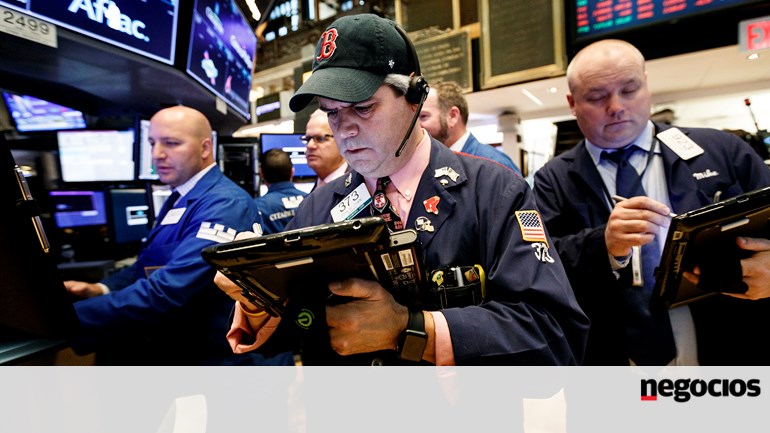 The mid-term elections in the United States, which are currently being held and which determine the seats of the two Congressional Houses (Senate and House of Representatives), are a referendum on the presidential term of Donald Trump, elected two years ago the November 8 elections).

There are polls that say Democrats will regain control of the House of Representatives, with Republicans holding the majority in the Senate. If that happens, it will be an obstacle for the current head of the White House, but if the Republicans keep Congress under control it will be a good sign for Trump's re-election in 2020.

Markets end up trading on Tuesday without much trouble and were clear to investors.

Apple, which in the previous two sessions has pushed hard for Nasdaq, due to disappointing estimates for current quarter revenues (in the first quarter of the new financial year), was able to reverse and close high today – helping a more optimistic tonne in the technology sector.

Amazon was also able to recover at a time when the boycott of Saudi Arabia is being pushed – by the way that Washington Post (owned by Amazon's CEO, Jeff Bezos, who is also the largest shareholder of the online retailer ) covered the death of Saudi journalist Jamal Hasagi.

Jamal Hassogy was a columnist for The Washington Post and murdered at the Saudi consulate in Istanbul last month, where he had gone to get the necessary documents to marry.