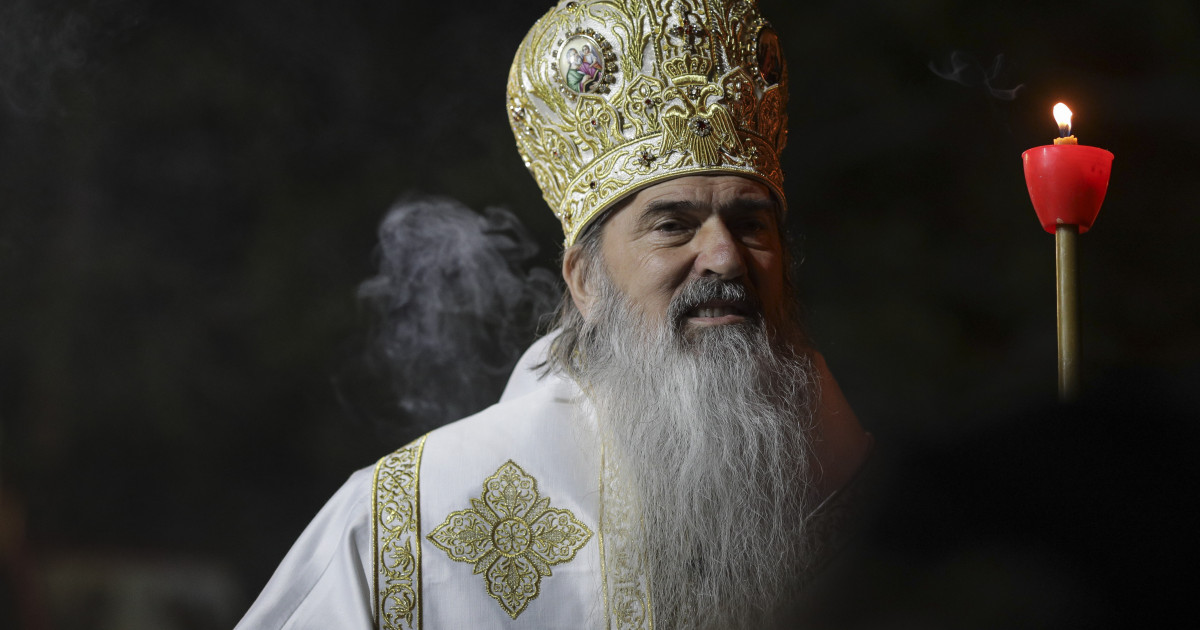 Journalist Christian Tudor Popescu believes that Archbishop Theodosie of Tomis, who called on faithful people on a local radio show not to be vaccinated, should be arrested and investigated. The CTP showed Digi24 that the high prelate’s statements were deliberately false.

Reverend Theodosius said that the vaccine was not mandatory “especially because it was not taken by anyone” and would have negative consequences. The bishop said he did not agree with the restrictions on unvaccinated people and advised people to go to court if restrictions were imposed.

“Provoke, sir. Here is Mache (Reverend Theodosius – no.), Provoke. Let’s compromise in the style of politicians: Does it suit you (to say ‘no’) to His Majesty Mache?” . “But let’s comment on what Mr. said. Theodosius, “the journalist continued.

“First of all, I would like to clarify: I will not use an expression, but this expression in Romanian, which is not in other languages, has always confused me: lies like a pig! I don’t use it now, but I’m doing a philological analysis, it’s a bracket, I have a question: why does a pig lie, sir? What do you mean by ‘mind like a pig’? If we want to take a more suitable animal: a mind like a fox can deceive a fox, can’t it? It is a symbol of cunning. ‘Like a fox’ we remember. Or ‘mind like a crow’. Crows are among the most intelligent animals that can easily deceive you. So why do you ‘lie like a pig’? Have you ever seen a pig cheat on someone? I did not understand this expression and therefore do not use it.

But let’s return from philology to theological analysis.

The difference between a fake and a lie

Mr. “The vaccine is not taken by anyone, and there are so many negative consequences,” says Theodosius. This archbishop – I understand that he has some work to do, and in addition he was sent to read, I do not know what he learned – but not to know about what is happening in the world ?! (whether the vaccine was obtained by the manufacturers, the European Medicines Agency, the United States, which confirmed it on the basis of research, and finally the states that provided it to citizens – no). Should such a hypothesis be taken into account? No! And then do not make false statements. It’s a lie.

You can’t lie by lying. The pairs are as follows: true / false with logical categories and false / sincere with psychological categories. One can honestly make a false statement: he knows this, he does not think well and lies, but in fact the opposite is true.

But this is a lie. Lying is a deliberate, psychological process through which a sentence is uttered, and in addition to being a lie, it is also a deliberate lie. This is the difference between falsehood and falsehood.

This is a lie, because this man knows very well. There can be no probability. How can it be said that no one accepted it? This is a lie, not a fake. It would be a lie to say that the vaccine will have serious consequences for humans in the future, that in five years they will become seriously ill and grow a monkey’s head. Thus he knows and thinks, and man lies. But it is a lie to say that no one was vaccinated.

How many people die of vaccination in Romania?

And (the archbishop) continues: “And there are many negative consequences!”

CTP: Who does this person represent?

BOR, if the Patriarchate says that a cleric’s request against vaccination has been completely and categorically rejected by the Church, I ask you: who does this person represent? So why isn’t he now being arrested and tried in prison for stopping the fight against the disease under the Criminal Code?

Why not be prosecuted? He has a little weave on his head and a very long beard. Putting it all aside, what does he represent other than those who look at his mouth in church? “Christian Tudor Popescu concluded.

Medlife study: Of the two infections confirmed by RT-PCR, only one infection is detected by rapid testing. Indeed, there are 100,000 events a day