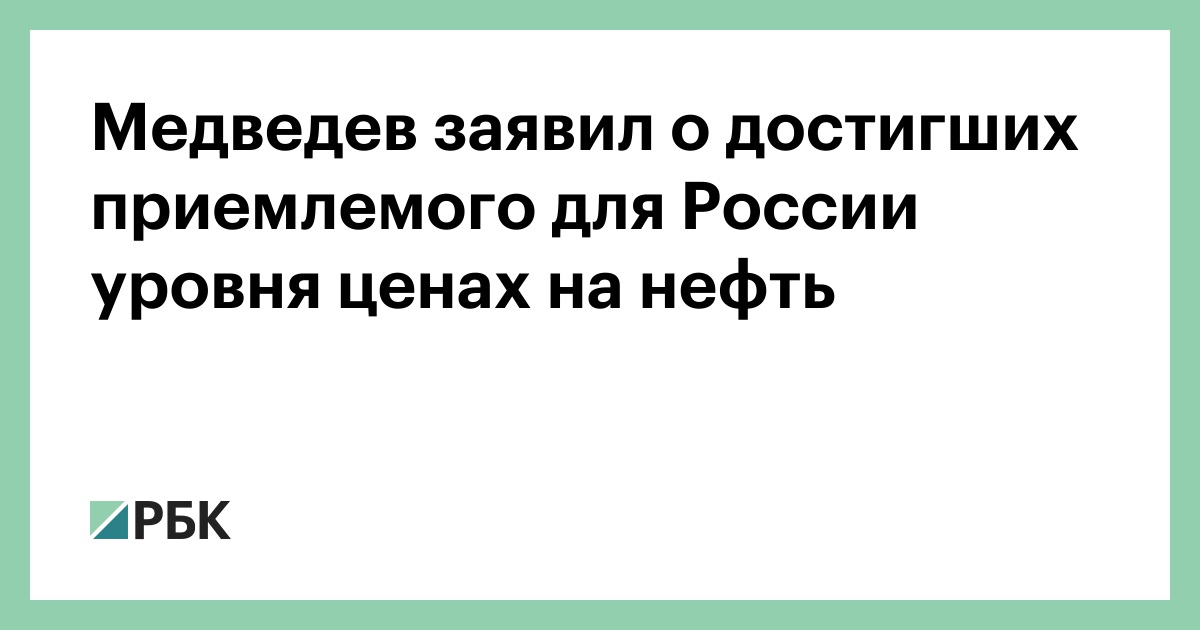 According to him, Moscow has never been interested in world oil prices being "as high as possible". According to the prime minister, such a situation threatens to "stop the country's economic growth". Medvedev stressed that the Russian authorities "need reasonable prices" for oil.

The Prime Minister has reported sanctions against the Russians among the factors that affect the development of the Russian economy. He noted that Russia found in Western constraints "a source of self-determination and its own development". For example, Medvedev mentioned agriculture, whose development, he said, is taking place at an "accelerating pace".

On November 5, Medvedev arrived in Shanghai to visit where he met with Chinese President Xi Jinping and attended the opening of the first China International Exhibition of Imported Goods.

At the opening ceremony, the cabinet chief stressed the need to change the pattern of trade between Moscow and Beijing. According to him, while Russia is a country that supplies many "all kinds of commodities," the authorities intend to change the structure of exports, as the future lies behind "digital solutions" and modern technologies. Medvedev added that today the Russian budget receives more than 50% of revenues not from the sale of oil and gas but at the expense of other decisions.