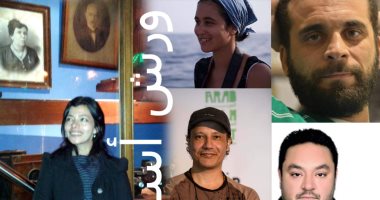 The Aswan International Women's Film Festival, to be held from February 20 to 26, announced the opening of applications for the third Porsche session that began on November 20.

"The workshops will take place from February 13 to 19. The program will focus on strengthening the role of young people in society by giving them the opportunity to express themselves and their ideas using cinema as a modern means of expression. years of the Aswan people.

"This year, the festival will hold a workshop under the supervision of Sinarist Wissam Sulaiman, who is the author of the films" In an apartment in Heliopolis, the sweetest moments, the girl of the factory. "The lab deals with the film industry on how to develop the idea to shape the final scenario.The seminar presented the scenario in which he worked during an open meeting to discuss the ideas of the scripts that had worked during the workshop .

He explained that the festival also offered Aswan children a workshop on how to produce documentary films directed by director Mahmoud Suleiman, who has won more than 65 awards from major Arab and international festivals in writing, directing and production. The idea is the final production and each trainee participates in the production of a film presented at the end of the workshop.

It was completed by Abdul Khalek, saying: The festival also offers an adult painting workshop at its third meeting and is supervised by Dr. Ashraf Mahdy is a teacher at the School of Fine Arts and Film Production and is aimed at young people between the ages of 18 and 35 during which students will practice the techniques of moving projects and applying them to the Egyptian plastic arts.

The festival will be held in cooperation with the Giza Film School and will be supervised and trained by artist Ibrahim Saad, producer, director and founder of the Giza School of Painting in Cairo, for children aged 7 to 16.

The workshops will also include a fifth workshop on documentary production led by young director Aida Al Kashef, which aims to complete film production and production at the last festival session to be produced this year..

The festival will be organized with the support of the Ministries of Culture and Tourism and will be funded by the National Council for Women and the Cinema Union..