"We are under the influence of an unacceptable dictatorship" 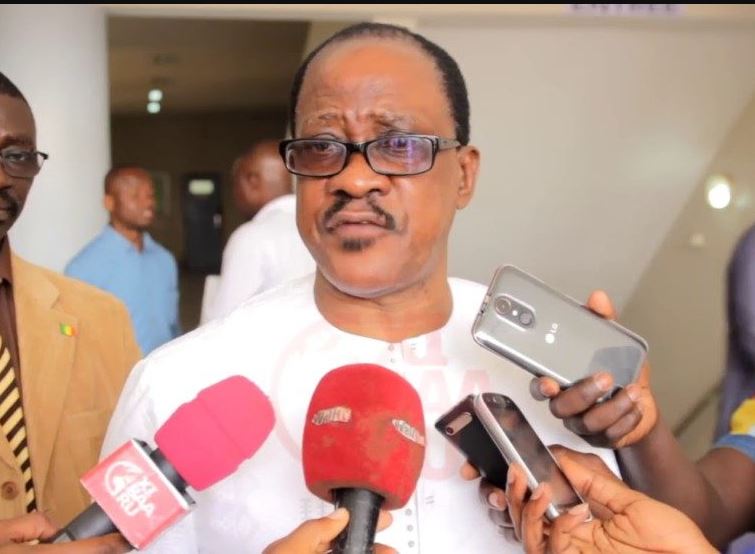 It was a very aggressive Madické Niang who met yesterday with Me Mame Adama Guèye as part of the platform to ensure the electoral process. Macky Sall and his diet were the goal. " I do not have the right to put my fingers on the dangers we want to bring the country to. It is serious and so important that everyone can stand not in this dictatorial regime of Macky Sall Sings. After joining Senegaal boubess's leader, who resigned from his candidacy, he believes this participates in the awakening of consciousness ".

" President Macky Sall must understand that the road to dignity is not to want to get a coup in violence. The honor and image of Senegal must lead him to accept "to organize transparent elections and to let the Senegalese decide freely" He adds. The former minister under Wade assures Mame Adama Gueye that he and his men will not let themselves go. " I will be next to you to share all the battles that must be fought so that Macky Sall does not crush democracy. After all the successes recorded by the Senegalese Republic, we are under the auspices of an unacceptable yoke dictator "Supports.

"Power has done everything to dry the sources of sponsorship"

The Liberal leader also stressed that sponsorship is just a "trap" for the opposition. " Macky Sall is ruthless, he has to leave power. The government has done everything to exhaust the sponsorship sources by collecting the Senegal ID cards promising their funding. Some allowed to buy sponsorship at 20, 30 and 50,000 CFA francs. They are unconstitutional and want to make a vote before the letter "Madicky Niang mourns.

On his own initiative, the president of Senegaal Bouss proposes to all political parties to formally take the Home Secretary under Rule 48 to request access to the electoral roll and to see his reaction. I, Mame Adama Guèye, announced that on November 17, all stakeholders would send their plenipotentiaries so that " in a participatory and participatory way, this platform is the result of a completely consensual reflection ".

Guèye also replied to some journalists who ask if he does not consider himself the leader of the opposition. Says, " I have never had this claim ".