The endless story of a Bratislava hotel: The city once again rose to the period of early use 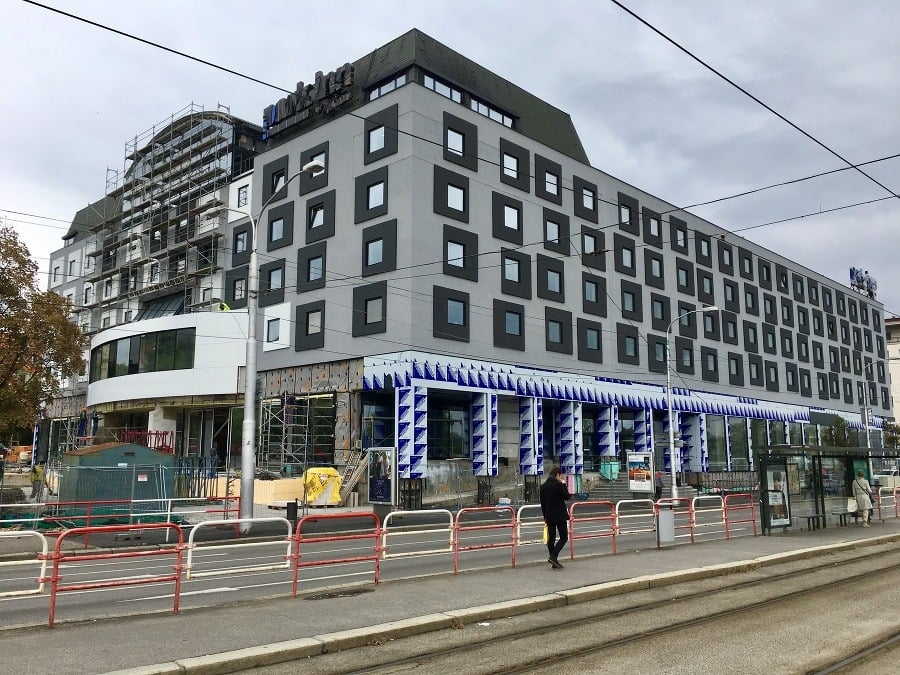 "It has now been decided to extend the hotel's premature use in accordance with the binding opinion of the Regional Monuments Authority, which allowed premature temporary use for a period of five months from the beginning of the façade change" the Mayor of the Old Town, Radoslav Svitvit, who defended his position at this year's municipal elections, said on Wednesday.

At the same time, the office of the building rejected another proposal by which the builder requested an extension of this use until the final approval of the hotel. The cooperation process was interrupted in February this year and the hotel has not yet been approved. However, by stopping the ratification process, the city district must also be dealt with by the prosecutor's protest. According to him, the Office of Buildings did not address the issue in a conscientious way and did not explain the decision in its decision to suspend the proceedings.

"I do not know what will be about five months, I believe the builder will keep the word and, according to the opinion of the landmark, will change the facade," answered the question of what would happen if the builder did not meet the five-month deadline. An unspecified question remains also when construction works begin. It's just a matter of weeks on the facade of Hviezdoslav Square beneath the scaffold, the project has not yet begun.

At the invitation of the three-member representative, Martin Borgul, who asks the Mayor of the Old City to vote in the municipal elections, closes the hotel if his early use is not prolonged, the mayor said that this authority does not have the building. "Mayor and construction office urge him to intervene immediately and not to extend to use the hotel to use the ingredients designated for him and he has stayed here today and this hotel has closed" called on journalists Borguľa on Monday, who had spoken about the media two hours before binging, which was announced on Monday by Števčík. Borguľa, who has warned in the past on the facade, is also worried that the whole affair after the weekend election "will not go away."

However, the mayor, in connection with the hotel building and inspection procedures, also filed a criminal complaint with Deputy Borguľa. This is justified by the fact that he should have been informed that a member has committed a corrupt behavior. "I have decided to file a criminal complaint for suspicion of a criminal act. I believe the police is investigating the case" said Števčík. The question of what a member of such a supposed action must have committed, the mayor refused to comment in more detail. "I do not want to influence or marry the research" Števčík noted, who told the researcher on Monday. He did not even want to determine the amount to go, according to him, however, in the hundreds of euros.

Borgoi's alleged corrupt behavior strongly rejects. "I do not know what money he is talking about, I think he can think of the amount he will get personally if he closes the hotel." said Borgoula. Behavior and defamation by the mayor are described as regrettable and unclear, the reason why the criminal statement is unclear that only the current head of the Old City government is trying to get away from the essence of the matter. The next steps will be taken into account only after receiving more specific information, nor does it exclude legal action.