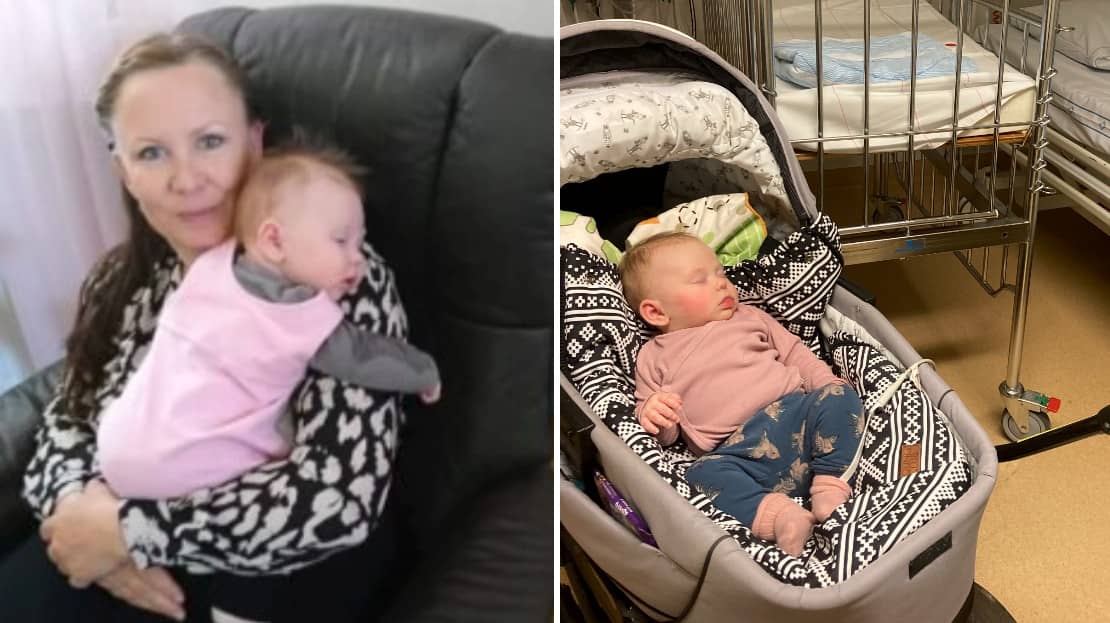 Currently, a record number of parents want to take care of their young children due to the RS virus.

Earlier in the week, Drottning Silvia Children’s and Adolescents’ Hospital in Gothenburg was “always the highest” when 231 children came to the hospital in one day. Normally, this figure is about 120 children.

Sandra Boss of Sunne was upset when she saw three-year-old Elly suffering from a runny nose, severe cough and fever because she had the dreaded RS virus. Especially since the youngest daughter of the family, Nikita, is only three months old.

The youngest children under one year of age suffer the most from the disease. It is generally a gentle process for older children.

-We were careful not to let the three-year-old child close to the baby, and we were careful by washing his hands and rubbing alcohol. Sandra Boss, who was also interviewed by Värmlands Folkblad, said she hoped the little boy would not get it.

“He coughed and lost his breath”

But a few days later, Nikita also started coughing, then snoring and fever.

– We worked at home and cleaned his nose with table salt and tried to keep him upright while sleeping. But five days later he coughed so much that he lost his breath. He could not eat. Sandra Boss says she fell asleep or couldn’t rest when I tried to breastfeed her.

When he called a health consultant, the child in Karlstad advised him to go to the emergency room.

– When we got there, it was very slow and slow and we were hospitalized. We were there for two days. He was on the verge of feeding with a tube. One night at the hospital, he coughed so much that he felt short of breath. I am a very calm person, but then I was scared.

But then he came back and Nikita got better.

He is now recovering from ten days at home, but is still coughing, says Sandra, who is self-infected and has a severe cough.

– I lie down with him sitting and keep him upright as much as possible. You really have to respect this virus. And understand that these little ones can really get sick, he says, and calls out to other parents:

– Avoid things you don’t need to do. Do not bring a small child to the store or mall. Try to minimize contact with others.

Sandra Boss says covid-19 has been in the spotlight for a long time and that it can be easier to reduce “ordinary” colds.

– It is forgotten that there are other serious bacilli.

MORE APPEARANCE: You even protect yourself from infection