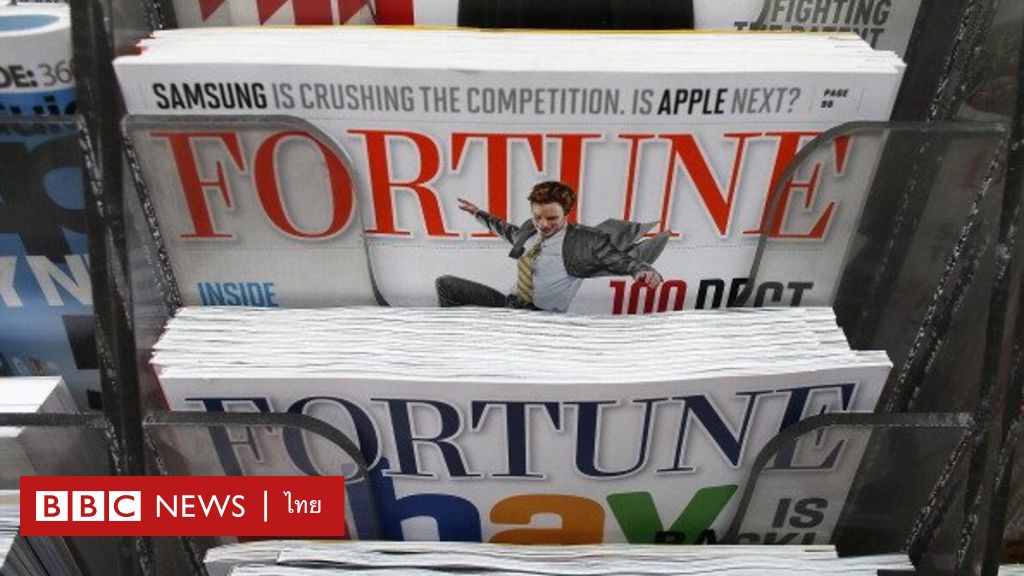 Chatchawan Chearavanont, nephew of Dhanin Chearavanont, senior vice president of the Charoen Pokphand team Buy a Fortune magazine in the US With about 5 billion baht for private investment. It aims as the world's leading media brand.

An article on the Fortune website, written by Andrew Nucka, says Meredith, based in Des Moines, Iowa, announced on Friday. The company has agreed to sell Fortune Media Group Holdings, a subsidiary of Fortune Media Group Holdings Limited, owned by Mr. Chatchawan Chearavanont, son of Mr. Sumate Chearavanont (brother). Mr. Dhanin is in charge of the business of the Charoen Pokphand Group in Indonesia. Thailand's largest group of companies The transaction is a private investment by Mr Chatchawan. It is expected to be completed this year.

Meredith bought Time Inc. in January for $ 1.8 billion, or $ 5.95 billion, two months later. The company announced that. He sells some of Timex's older brands, such as Time, Fortune, Money, and Sport Illustrated. Time magazine was later sold to Mark Benin, CEO of Salesforce and his wife Lenne, for $ 190 million or about $ 6.28 billion.

Forbes says the Chearavan family. It is the fourth richest family in Asia. Belongs to the Charoen Pokphand Group One of the world's largest feed and breeders. By 2017, the property has risen by nearly $ 9 billion or $ 298 billion, partly due to the value of Ping An shares ($ 1.5 billion). Ping An) China's insurance company has increased. As bond yields and profits are rising.

Forbes recognized the Chearavan family business. It began in 1921 when Mr. Jia Jiaqi and Mr. Kongjaroen Chearavanont, two brothers, opened a shop importing imported seeds from China to Thai farmers. This group of Charoen Pokphand headed by Mr. Dhanin The son of Mr. Jia Zhang, Mr. Dhanin is the senior president. After holding the position of President and CEO for 48 years last January, Mr Dhanin gave Mr Soopit The 53-year-old son is president and Supachai, a 50-year-old son, succeeds him.

Mr Chatchawan, the son of Mr Sumet. In this statement. "Our vision is to make Fortune a world-class marketing brand." Accessible and relevant to the world The demand for high quality business information is growing, and we are committed to investing in great journalistic technology and work. will grow in the field of media and business events. "

Alan Murray, president of Fortune, will continue to serve as chairman. And he will be the CEO of Fortune magazine. After being sold to Mr Chatchawan By Mr Murray In this statement. "I'm delighted to be the owner of Fortune, believe in the mission, appreciate editorial independence, want to invest in our journalism work, and think of luck, a top brand that provides business information and information around the world."