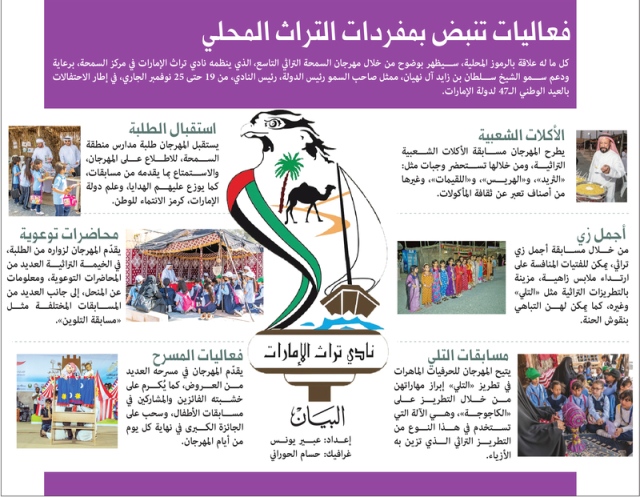 The Emirates Heritage Club, represented by the Al Samaha Center, will launch the Ninth Annual Al Samaha Festival, which will take place under the auspices of His Excellency Sheikh Sultan Bin Zayen Al Nahan, Representative of the High Court of President and President of the Association. Al-Samaha Region, Emirates' international aluminum producer, the main sponsor of the festival, representatives of other donors and contributors, and various media representatives.

Sultan Al Rumaithi, director of the Al Samaha Center, said this year's program includes a series of school events such as the Yulah tournament, day-to-day school visits and awareness-raising lectures as well as productive families such as food markets and popular food bars . While the program of the theater and the public about the events and the contests of heritage and cultural daily distribution in more than one corner of the village Samaha heritage, such as the best costume costume, and the competition of the best folk eaters. The entertainment programs for children include games for different ages, recreation competitions and the atmosphere to safely practice their hobbies.

Al Rumaithi explained that the festival represents an annual era that creates a cultural, cultural and economic movement in the region that achieves the club's goals of revitalizing heritage and empowering young people and makes the festival a social event that attracts all families ,

Al-Rouyhy also stressed that the festival plays an important social role in concentrating the efforts of the Community institutions to serve the people of the region and encouraging them to participate in the community by supporting voluntary work and by taking care of youth projects and productive families. The preservation of the UAE heritage and the celebration of civilization and state traditions, reflecting the firm commitment of all to the integration and dissemination of heritage consciousness and the support of national identity and heritage membership as a source of national identity. 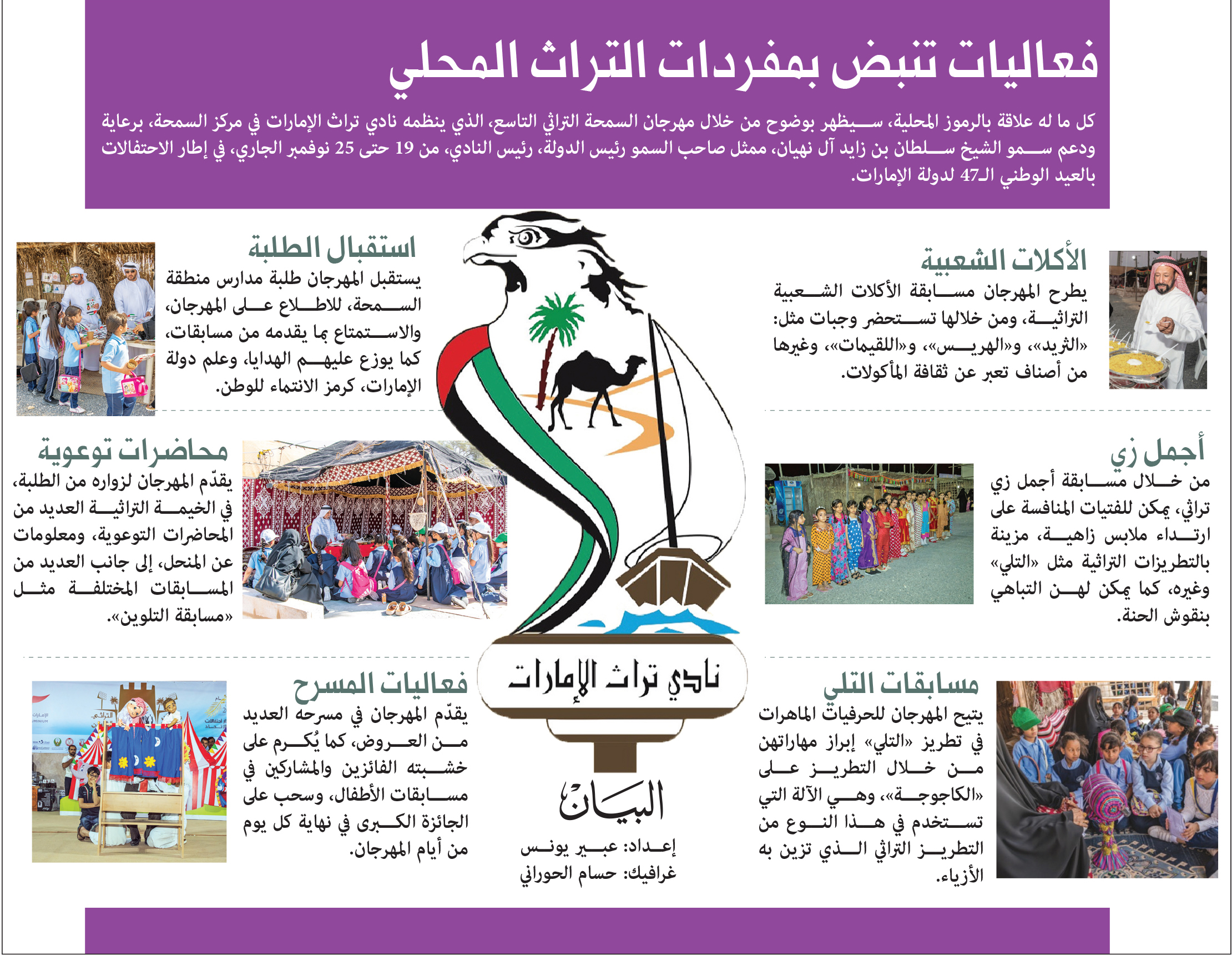