The army was restoring the bridge under Poppasana destroyed in 2014 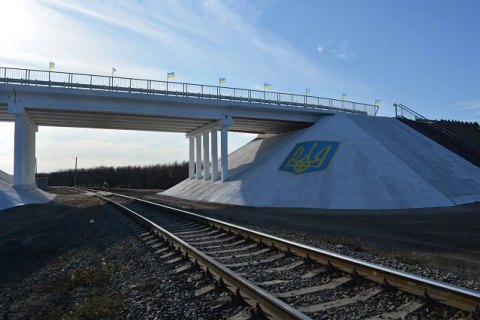 The Ukrainian army restored the bridge under the Popasnaya Luhansk area, which was destroyed by illegal armed groups in 2014.

This was announced by President Petros Poroshenko.

"The Ukrainian army restored the bridge under Popasana, which was damaged by the conquerors in 2014. Now the military and civilian transports are moving here again," the president said on Facebook.

He also stressed that Ukraine is gradually repairing damaged infrastructure in the regions of Donetsk and Lugansk.

"This bridge, like hundreds of other objects being gradually repaired in the Ukrainian Donbass, clearly shows that as the extermination prevails in the territories occupied by the Russian terrorists, Ukraine is being rebuilt," the head of state added.

Earlier, the defense ministry reported that military builders were forced to dismantle and then fully restore the three sections of the bridge to Popasna and replace the beams. The cost of labor amounted to 16.5 million hryvnia.

This is the third bridge built by the army in Donbass. In October 2017, the efforts of the same unit restored the bridge over the Seversky Donets between Lisichansk and Rubezhnoye, and in June 2018 the bridge over Luganka in the village of Troitskoe, Popasnyansky District.

The military work where, due to a real threat, any other contractor refuses to work.