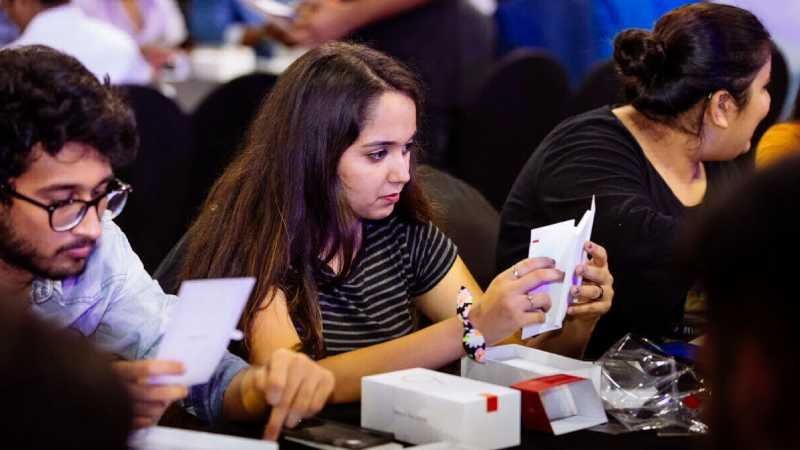 On October 29, the Chinese company OnePlus introduced its new smartphone, OnePlus 6T. It has recently become known that the new flagship has already hit the Guinness Records book.

This was reported by the company on social networks.

Thus, OnePlus organized an event in which the activists massaged a smartphone unpacking – 559 OnePlus 6T devices were opened together.

See also: The whole lot of the new smartphone Xiaomi Mi Mix 3 bought in a minute

The event was attended by representatives of the Guinness Records book, which recorded this record.

This happened in India a few days after the announcement of the smartphone. Most unpackers were fans of OnePlus, who have already bought an innovation.