Should the age of cyclists, electric motorbikes be reduced? 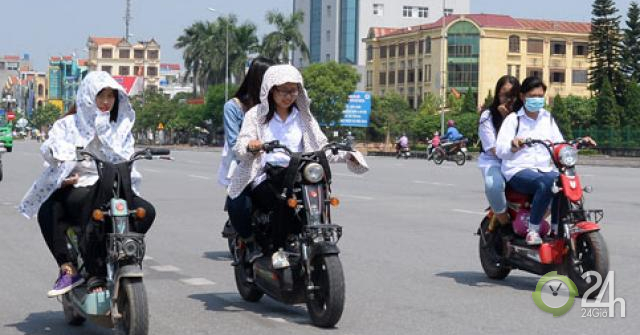 Bikes and the speed of the electric motor are rising, the highest can reach 100 km / hour, but the law does not have age regulations to go into this car. Assuming that electric motorcycles and electric bicycles do not guarantee traffic safety for students at a speed of up to 50 km / h, lightweight should not be easily controlled and when the collision will cause serious consequences, High Traffic Skills, but still controlling speeding devices, violate the basic regulations when they are involved in traffic. It is noteworthy that, according to Mr Minh, 27% of the students who used the vehicle stated that they had not learned the right driving skills.

In fact, since the beginning of 2018 to date, there have been hundreds of road accidents involving bicycle, electric motorcycle, including many deaths. Usually, on 22/8 on Xuan Hoa (Phuc Yen, Vinh Phuc), a truck carrying the province's CC collided with two girls in bicycle grade 10 bicycles in the same direction. The impact of a conflict caused a woman to die on the scene while the others were seriously injured in the emergency. Previously, on April 22, four high school students who drove two electric bikes crossing the 8B and Le Xuan Dao (Hung Nguyen, Nghe An) junction were hit by the cars. The accident left a dead student and three others were seriously injured.

On this issue, National Road Safety Committee Vice President Khuat Viet Hung said that those who drive electric motorcycles, electric bicycles are mainly secondary and secondary school students. In recent years, road accidents in other age groups have declined, but the age group 15-18 tends to grow. "The cause of accidents in this group is mostly 80% of the vehicles themselves, and most of them are electric bicycles and electric bicycles. Therefore, ensuring traffic safety for this object is a matter of urgency and must have regulations and sanctions for the administration, "said Hung. 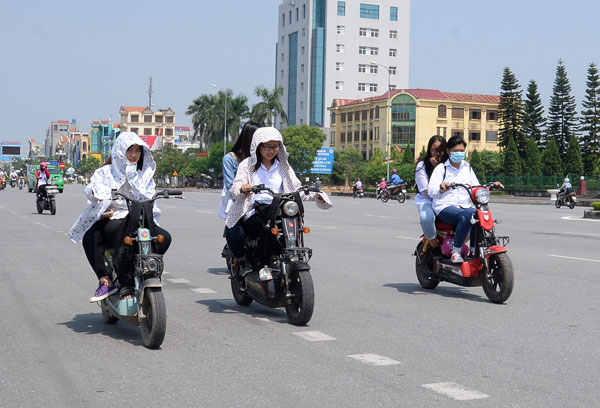 Many students do not wear helmets while driving bicycles, electric scooters

Do not be rude to consider electric bikes as elementary vehicles

According to the Traffic Reporter report, there are no age regulations for drivers and GPLX for drivers of electric vehicles. This led to the fact that students go for this type of vehicle as usual today and the risk of being unsafe for the vehicle itself as well as for the people involved in the traffic. In addition, the law also stipulated that electric bicycles are rudimentary vehicles that are not classified as electric motorcycles, and many motorcycles have not been certified to meet the quality standards but are still involved in the traffic. This is also one of the direct causes of the TNGT's occurrence associated with this vehicle.

Meanwhile, to own an electric motorcycle, the electric motorcycle is not difficult. On the morning of 4/11, the reporter Thanh Dat shop (near the crossroads, Di An, Binh Duong). At this point, the store owner stated that the salon only operates two types of electric bicycles manufactured and assembled in the country, Sufat and BMW. On average, the store is sold 3-5 times and recently more and more buyers. "Using electric bikes, electric motorcycles do not need a license, they do not need registration, so the buying process is very simple, convenient," said the owner of the shop.

Not only that, the market entry of many electric car manufacturers makes users have more choice with this car. Recently, in Hai Phong, VinFast inaugurated an electric car factory and launched the first electric vehicle to be sold in mid-November. Nguyen Viet Quang, vice president and general manager of Vingroup, said: "The plant is built on an area of ​​6.4 hectares with a planned capacity of 250,000 units a year, phase 1, and can be expanded to 1 million units every year. Klara electric scooter with fast acceleration up to 80 km with a single charge.

Lawyer Hoang Van Huong, head of the Hoang Hung Law Office, said that in addition to legal regulations such as auditory age, audit certificates … in the same way Motor vehicles, motor vehicles, clearly classify which type of electric bicycle should be considered as a motor vehicle

Vice President of the National Road Safety Committee Khuat Viet Hung said cyclists are keen to drive faster and do not have to fly. Manufacturers are eager to respond by accelerating the car during design and construction. So, electric bicycles are not just bicycles, they are electric bikes. 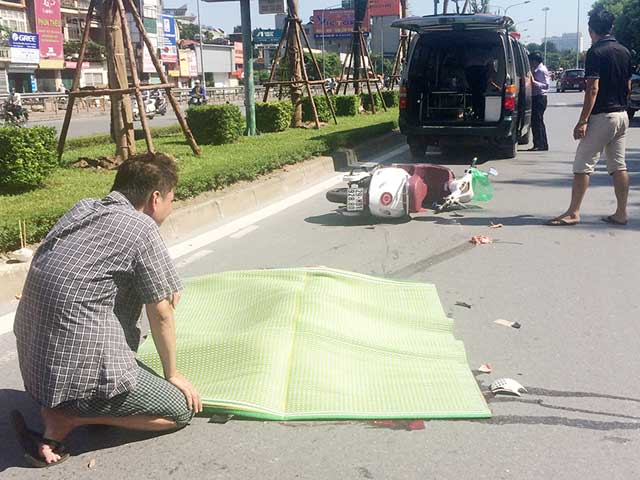 Due to the unknown property of the electric bicycle, the girl eats out of the way and then catches the car.