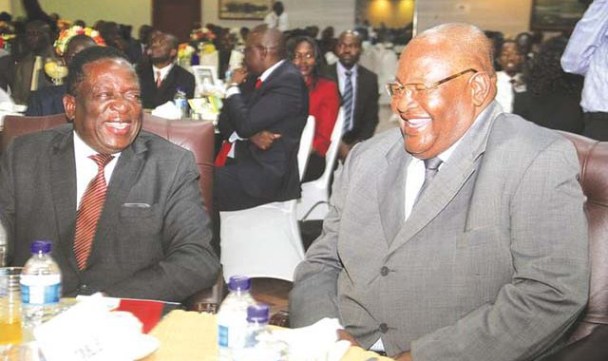 It never comes out, but is poured out for Obert Mpofu, Zanu PF's secretary of command, who is disappointed by a group of former liberation wartime fighters who want him out.

Mr Mpofu completes the list of Zanu PF employees who have received a hostile reception at the party's headquarters.

The problem is brewing in Zanu PF, with some war veterans pushing for former Cabinet ministers who are now at the Harare party headquarters to be expelled from the former liberation movement for alleged corruption and undermine President Emmerson Mnangagwa.

This comes as Mnangagwa and his government is under pressure to stabilize the weak economy of the country, which has been in turmoil since Finance Minister Mthuli Ncube has unveiled a cocktail of measures aimed at mitigating the situation.

Zanu PF's old guard – which includes former ministers sent to the party seat after Mnangagwa's election by a new cabinet – could become a victim of dissatisfied war veterans who were "jealous" of the privileges of these big tooths of ministers' ministers.

Mnangagwa reinstated the "chef" at the party's headquarters – commonly referred to as Shake Shake House at Harare Street Lingo – in an attempt to renew new life in the government and strengthen the administration of the former liberation movement.

The war veterans' presidents from the 10 provinces of the country recently filed a petition to Mnangagwa on the issue, calling for the removal of Zanu PF's secretary for the administration of Obert Mpofu and former ministers David Parirenyatwa, Patrick Chinamasa and Sydney Sekeramayi – who are members of the political office.

If our services helped you, our job would be much safer with your help – For just £ 5, you can support ZimEye – and it takes only a minute.
[ad_2]
Source link
Share