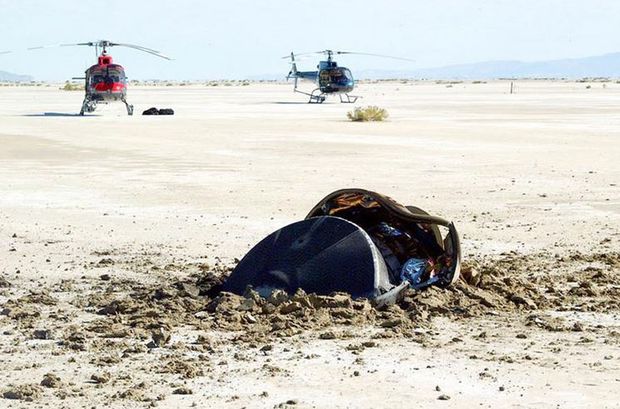 NASA shared a photo of a "flying disc" that collapsed in the Utah desert 14 years ago.

But before you celebrate your long-standing belief that something is really out there, you know this: the "flying disc" was by no means an extraterrestrial vehicle.

NASA recently shared the image through the astronomy day image of the day. It shows what seems to be pieces of some kind of object that plowed into the desert sand near Granite in Utah.

"A spacecraft flying from the space broke into the Utah desert after it was detected by radar and chased by helicopters," NASA said before adding: "The year was 2004 and the extraterrestrial spaces were involved."

The saucer was actually the Genesis sample return capsule, part of an anthropogenic Genesis spacecraft robot that was launched by NASA in 2001 to study the sun. The capsule parachutes did not open as planned as it traveled back to Earth at a speed of about 186 mph, prompting it to describe the US space service as an "unexpectedly tough landing."

Despite the crash, NASA managed to use many of the samples that remained in the capsule. This information "provided interesting insights into the details of how the sun and the planets formed billions of years ago," NASA said.